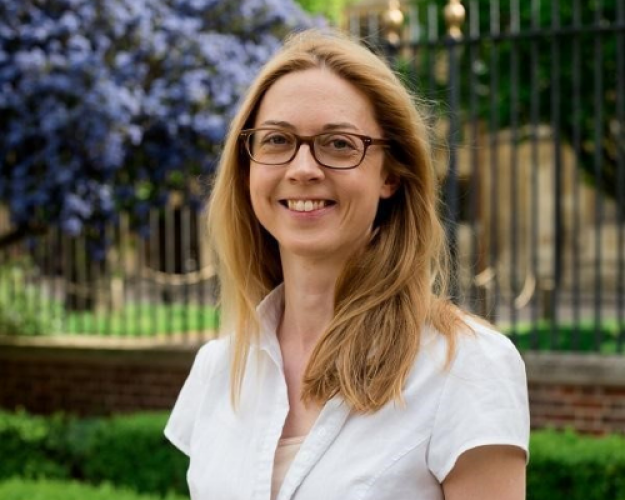 The one-year collaboration between the Nerve Centre and the Northern Ireland Independent Centenary Historical Advisory Panel has come to an end. Dr Niamh Gallagher reflects on the past year and what the panel has achieved with Creative Centenaries.

In December 2020, the Northern Ireland Independent Centenary Historical Advisory Panel decided that one of the ways to mark the centenary through which Northern Ireland was passing was through the creation of an educational resource that could be used by all strands of the public keen to learn more about aspects of the history of the region. Naturally this aim was not devoid of challenges. In May 2021, the Panel issued a statement to the press reminding the public that the history of Northern Ireland was ‘messy’. There is no single history of the region; only multiple histories, some of which are better remembered than others. And many of these are contested.

Over the last year the Creative Centenaries website has assisted the panel, helping to bring both familiar and less familiar histories to life. The statistics alone are impressive. Almost 300 On this Day posts catapulted us back into the earliest years of the region. Each post republished news stories as they broke one hundred years ago. In several of them, the names, issues and divisions that continue to have resonance today are brought back into stark relief, with posts such as James Craig appointed new leader of Ulster Unionists, Crown Forces enact violent reprisals in County Clare, Rioting in Belfast, and Ulster Special Constabulary begins patrols at Brown’s Square. But while these posts remind us that the world of 100 years ago might not seem very far away when we remember the politics of the past – or even in how political parties today justify the politics of the present – other posts demonstrate just how different ‘the past’ actually was. Incentives to sin: moral dangers of dance halls, Shortage of women servants and Calls to reform child labour laws remind us that the world of one hundred years ago was very different to the one we live in today.

More than 30 blogs have been published across the year by academics, postdoctoral researchers and postgraduates, bringing the newest areas of research into the public domain. These blogs have provided a more critical view of the political changes during 1920-1. On the one hand, they approached familiar topics but did so in novel ways, such as Dexter Govan’s blog on the partitioning of Orangeism in the aftermath of Northern Ireland’s ‘creation’, demonstrating how the Order in the new ‘North’ refashioned itself by leaving behind its original roots in Dublin and distancing itself from the three Ulster counties now confined to the ‘South’. Professor Henry Patterson revealed the impact of the well-known Belfast shipyard expulsions on labourers, and while this heavily impacted Catholic workers and their families, it was also part of a purge to oust trade unionists and socialists, regardless of religious affiliation. Similarly, St Patrick is perhaps the most iconic saint known in the island, yet Dr Tommy Dolan showed how Patrick’s memory was refashioned by the nationalist Eoin MacNeill to protest partition on a religious basis and to simultaneously reconcile differences across the island.

Several blogs have brought lesser known subjects to the fore spanning politics, society and culture. Dr Jack Crangle’s piece on immigrants and race relations in Northern Ireland reminds us that even in 1921, Northern Ireland was not a place of ‘two communities’ no matter what politicians of various ilks wanted the public to believe, but a mixed place that evolved as the century progressed. Jewish people, South Asians (incorporating Hindus, Muslims and Sikhs) and later, the Chinese are part of the important diversity of Northern Ireland, and the blog demonstrates some of the opportunities and challenges facing groups that sought to make Northern Ireland their ‘home’. Similarly, Abigail Fletcher’s article on homosexuality and the law explores another minority group and the challenges faced by the LGBTQ+ community in legislation since the Northern Ireland parliament was founded. Jamie Nugent’s blog on tourism in Ireland recovers some of the challenges facing successive governments in Northern Ireland in marketing the region, especially in relation to presenting the border.

A rich programme of events, resources and news stories have accompanied this material. A series of well-attended online panel discussions, on topics as wide-ranging as sexuality and religion opened up dialogue on various issues. [??]% of participants claimed that they learned something new from these events, which are available to watch on the Creative Centenaries website.

So what’s next? While the Panel’s remit has formally ended, the work of Creative Centenaries continues. The website has long established itself as an essential educational resource for children, students and interested adults keen to learn more about Northern Ireland in all its complexity. It will continue to work with researchers to support the historical dimension of its work and is interested in finding out from you what historical elements you enjoyed the most this year.

For me, it has been great fun working with the Nerve Centre over the last year and I’d like to extend my huge thanks to Niall Kerr, Clare Loughlin and Grainne Fellowes without whom this project could not have happened. Similarly, the efforts of our research assistants, Nadiia Dobrianska, Sam Manning, Conor Campbell and most of all, Ryan Mallon, who has been with the project from the start, have been second to none. The Panel would like to thank all of these people for their time, energy and commitment in helping to foster understanding of a ‘messy history’ in an important centenary year.