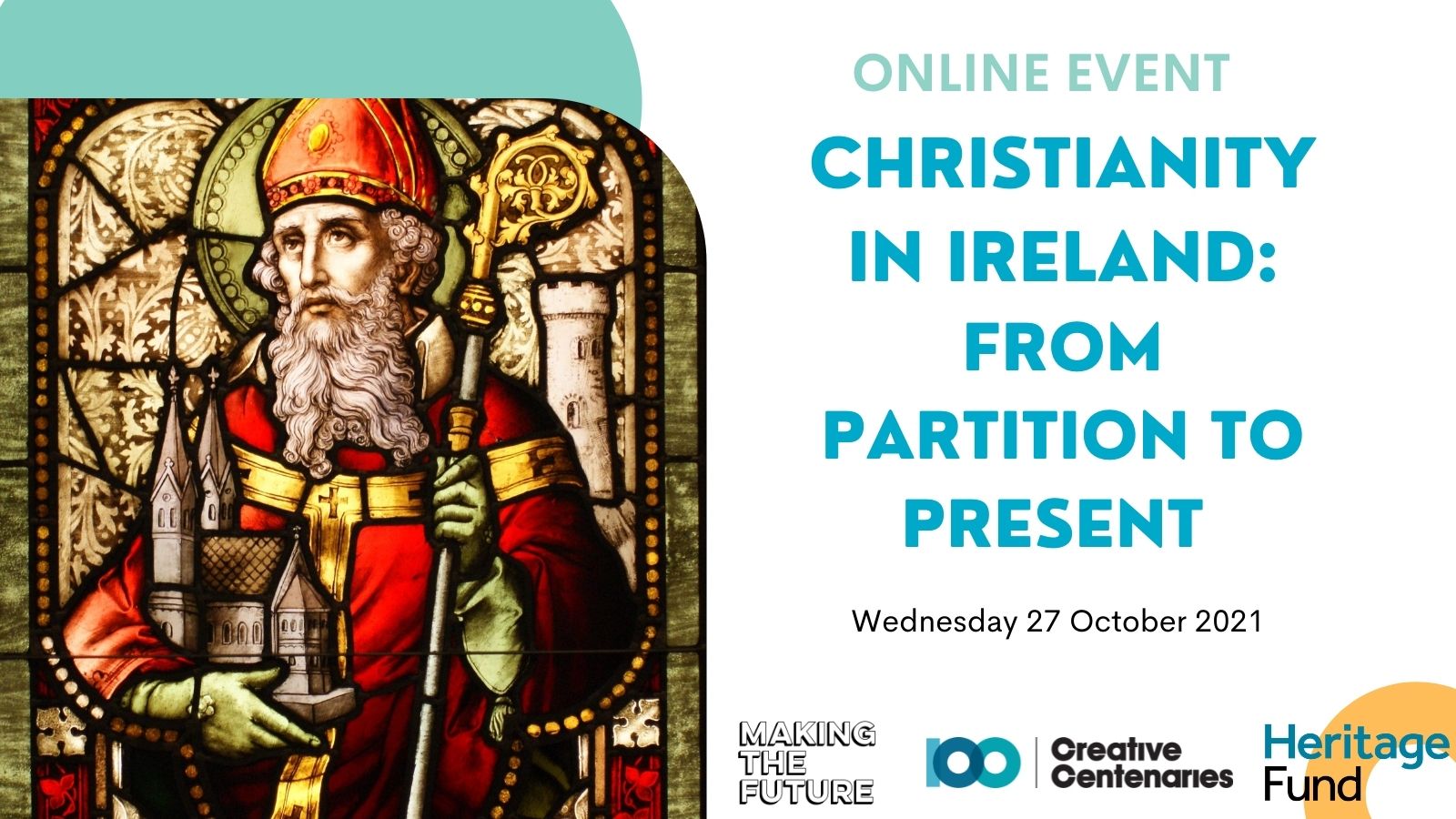 'Christianity in Ireland: From Partition to Present' is the second in a series of events from the Nerve Centre's Creative Centenaries project exploring the legacy of partition and the formation of Northern Ireland.

Chaired by Queen's University Belfast's Dr Ryan Mallon, this event explored how several branches of Christianity have evolved in Ireland over the past 100 years by reflecting on the impact of partition.

Since being awarded his doctorate, Dr Andrew Holmes has been a Research Associate at the Academy for Irish Cultural Heritages at the University of Ulster, where he also taught Irish history, and a Research Fellow at the Institute of Irish Studies at Queen's. Dr Holmes research interests include The history of religion in Ireland from c. 1660 to the present day with particular reference to Presbyterianism and evangelicalism.

Professor Crawford Gribben is a historian of early modern religion, with a particular interest in Calvinist literary cultures. Professor Gribben's work focuses on John Owen and John Nelson Darby and he was elected a Fellow of the Royal Historical Society in 2004.

Focusing on more contemporary topics from a sociological stance, Dr Gladys Ganiel's research focuses on the role of religion in conflict in Northern Ireland and Zimbabwe; Catholicism in Ireland, evangelicalism, and the emerging church. Dr Ganiel is currently researching how Presbyterians responded to the Troubles, and writing a biography of Fr Gerry Reynolds, a peacemaking priest from Clonard Monastery.