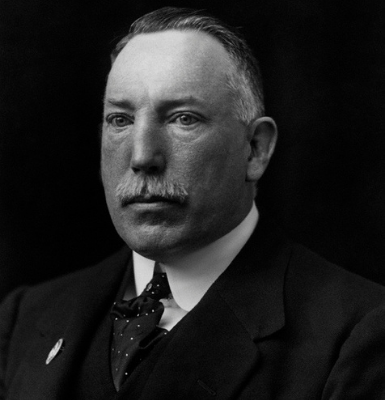 James Craig was appointed leader of the Ulster Unionists in February 1921, following the resignation of Sir Edward Carson. Craig would serve as Prime Minister of Northern Ireland from June 1921 until his death in November 1940. Unionists were broadly happy with Craig’s appointment. This article from the Belfast News-Letter praised his organisational skills and longstanding commitment to unionism.

Sir James Craig’s election to the Ulster leadership seems to come in the natural order of events, for during the last fourteen years he has been Sir Edward Carson’s chief lieutenant, and his services to the Unionist cause have been invaluable. Sir James is a devoted son of Ulster and a staunch Imperialist, and to the discharge of the very onerous and responsible duties which will now devolve upon him he will bring a combination of qualities such as very few men can boast of.

Sir James Craig is a born organiser, and he can be relied upon to make a success, from the point of view of efficiency, of the various administrative departments which will be set up in connection with the Parliament of the Northern area. His appointment to the leadership – with the practical certainty that he will be Ulster’s first Prime Minister – will have the effect of bringing to a close his very successful Ministerial career in England …

His election as Ulster leader by a unanimous vote is a happy augury for his success in the new Parliament. He has boundless energy, he is urbane and tactful, and he has the knack of making friends and winning their esteem and affection. Sir James is an enthusiastic Orangeman, and the members of the Order will heartily endorse the choice of the Unionist Council.