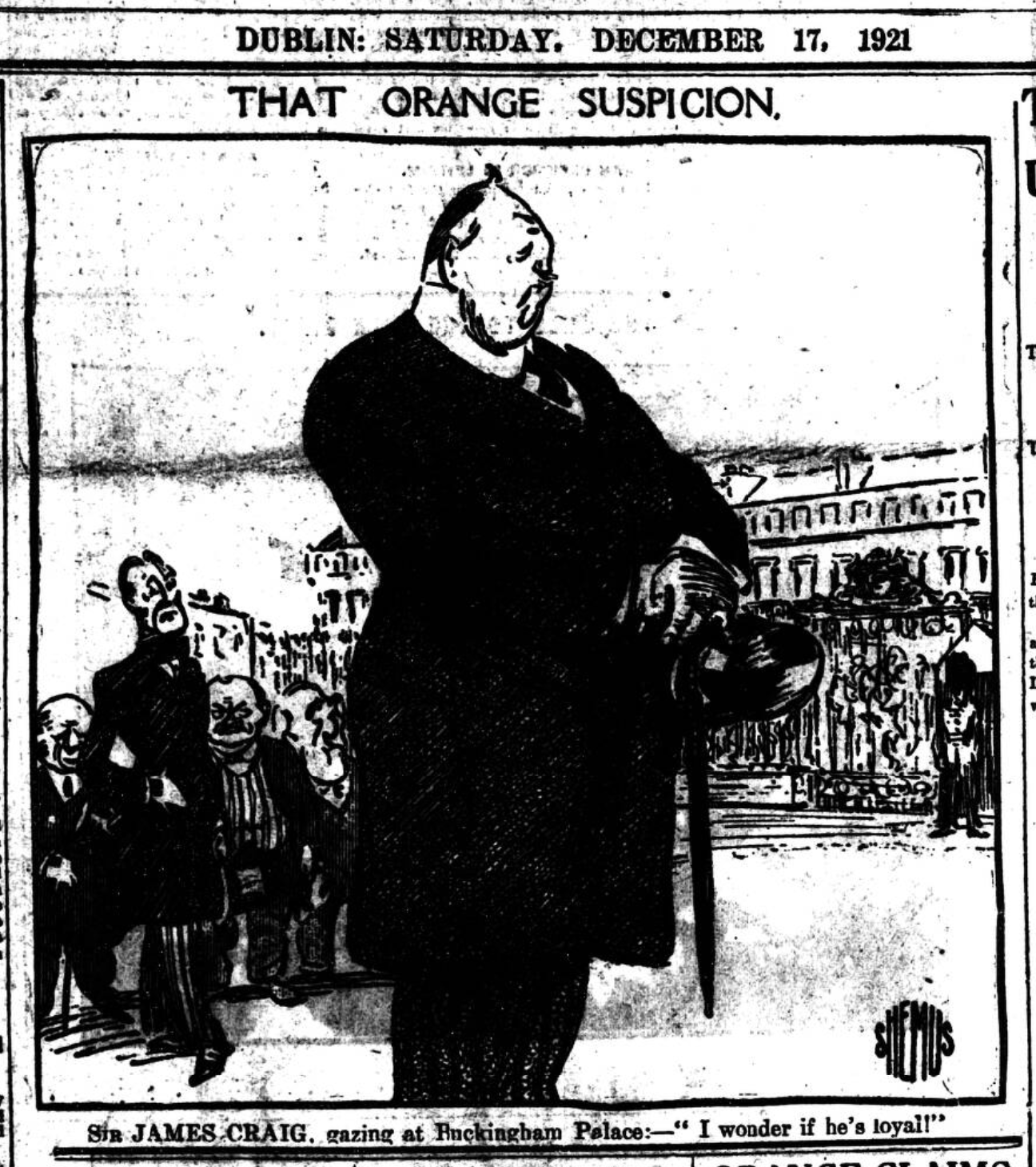 “Loyalty” was a concept frequently referenced by Northern Ireland unionists during the revolutionary period and remains an important concept in Irish unionism today. The loyalty of Irish unionists in the revolutionary period could be defined as clear adherence to the monarch and the state of the United Kingdom, but a strong willingness to fight against any administration that would deny them that right. This position led to Ulster unionists arming themselves in 1914 against the British government to defend their right to remain part of the United Kingdom, all performed in the name of “loyalty”. While this stance had internal consistency for unionists, it was one which many nationalists challenged and claimed hypocrisy over.

In this cartoon, taken from the staunchy nationalist Weekly Freeman’s Journal, the Prime Minister of Northern Ireland James Craig is shown looking at Buckingham Palace and wondering whether the King was “loyal”. This was likely intended to satirise Craig’s accusations of betrayal towards senior British politicians who were, technically, appointed by the monarch.