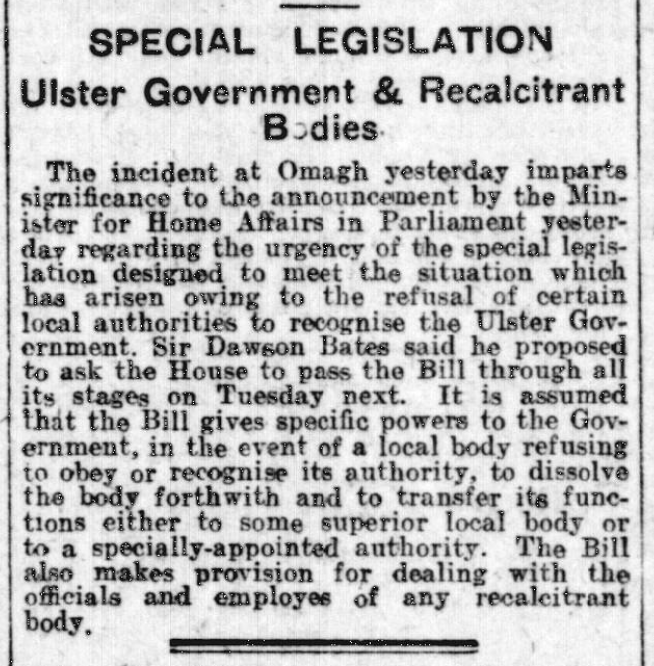 The incident at Omagh yesterday imparts significance to the announcement by the Minister for Home Affairs in Parliament yesterday regarding the urgency of the special legislation designed to meet the situation which has arisen owing to the refusal of certain local authorities to recognise the Ulster Government. Sir Dawson Bates said he proposed to ask the House to pass the Bill through all its stages on Tuesday next. It is assumed that the Bill gives specific powers to the Government, in the event of a local body refusing to obey or recognise its authority, to dissolve the body forthwith and to transfer its functions either to some superior local body or to a specially-appointed authority. The Bill also makes provision for dealing with the officials and employees of any recalcitrant body.