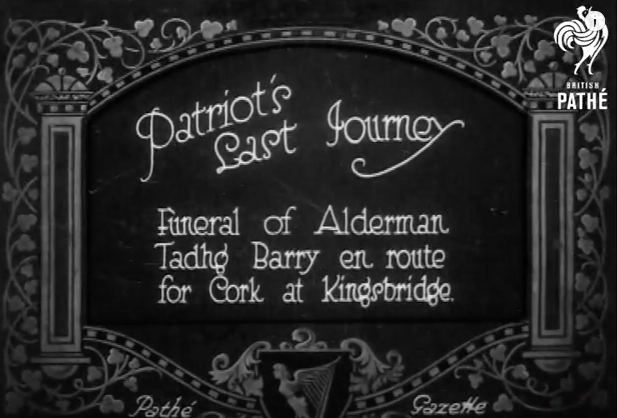 On 15 November 1921, the republican prisoner Tadgh Barry was shot dead in prison by a British soldier. He was buried in Cork on Saturday 19 November, an event covered in this edition of the Freeman’s Journal from 21 November. Michael Collins, Cathal Brugha and W.T. Cosgrave were all photographed at Barry’s funeral.

Alongside pictures of Barry’s death were photos of republican processions in Dublin at the weekend, including the women’s republican organisation Cumann na mBan (The Irishwomen’s Council) laying wreaths in Glasnevin cemetery. 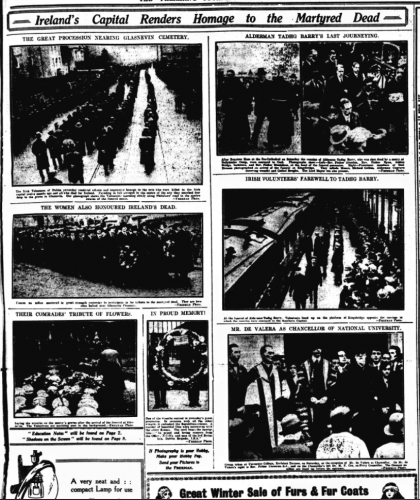