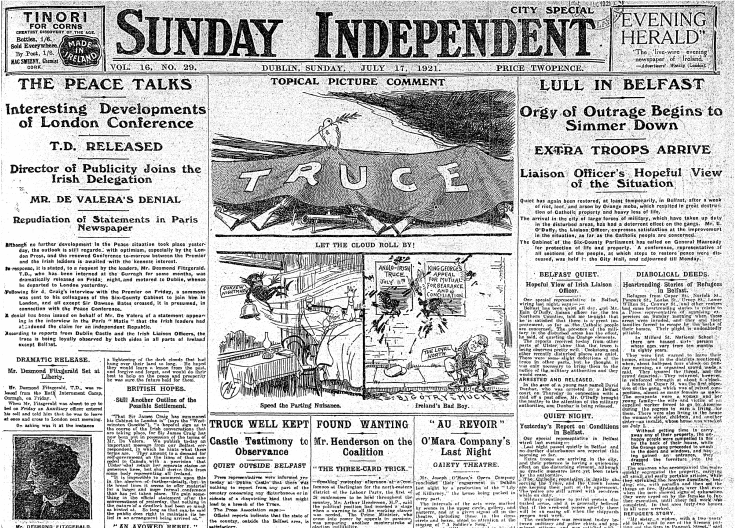 On the weekend after the announcement of a truce between British and Irish forces in the Irish War of Independence, the Sunday Independent used its regular ‘Topical Picture Comment’ section to reflect on recent events. While it celebrated the truce and an end to the curfew, it also lamented the persistence of violence in Northern Ireland suggesting that its citizens were spreading ‘bigotry muck’ on the truce and the King’s recent call for peace and reconciliation.