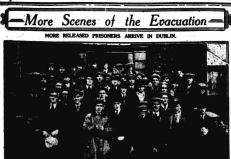 Photograph shows group of ex-prisoners outside Larne Hall, Parnell Square, Dublin yesterday. The two men standing in the centre of the group in the foreground are (on the left) Acting-Commandant J.J. Laying, recently released from Dartmoor, and (on the right) Dr. P. McCarvill, the first man to be liberated from Mountjoy Prison under the general secretary. (FREEMAN PHOTO)

AUXILIARIES WATCHING THE CASTLE BEING TAKEN OVER A party of Auxiliaries in the uniform so well known and cordially [...] off duty in Dublin Castle Yard before Graduation to Great Britain, seen here shown awaiting the arrival of Mr. Michael Collins and the other Irish Ministers. (FREEMAN PHOTO) 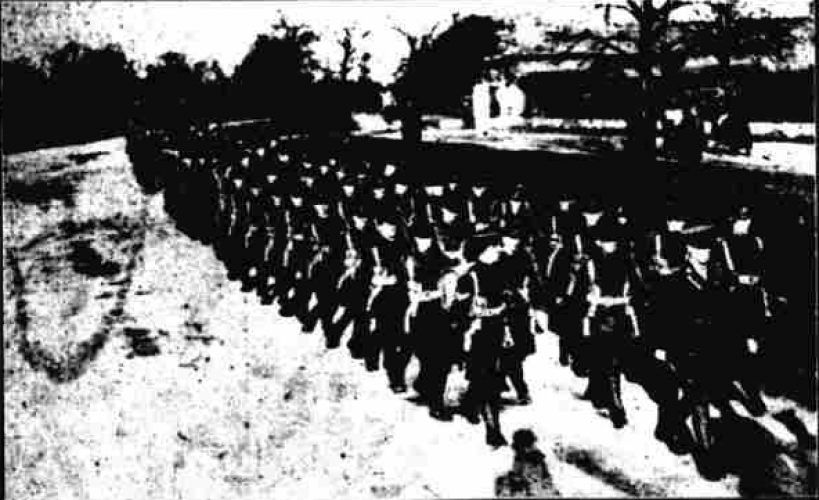 British troops marching on the first stage of their retreat from the Irish Free State. A photograph taken in the Phoenix Park - (FREEMAN PHOTO)

ANOTHER PICTURE OF THE EVACUATION OF THE CASTLE Party of British soldiers busily engaged in facilitating the exit of "Tommy and Co." from Dublin Castle yesterday. - (FREEMAN PHOTO)