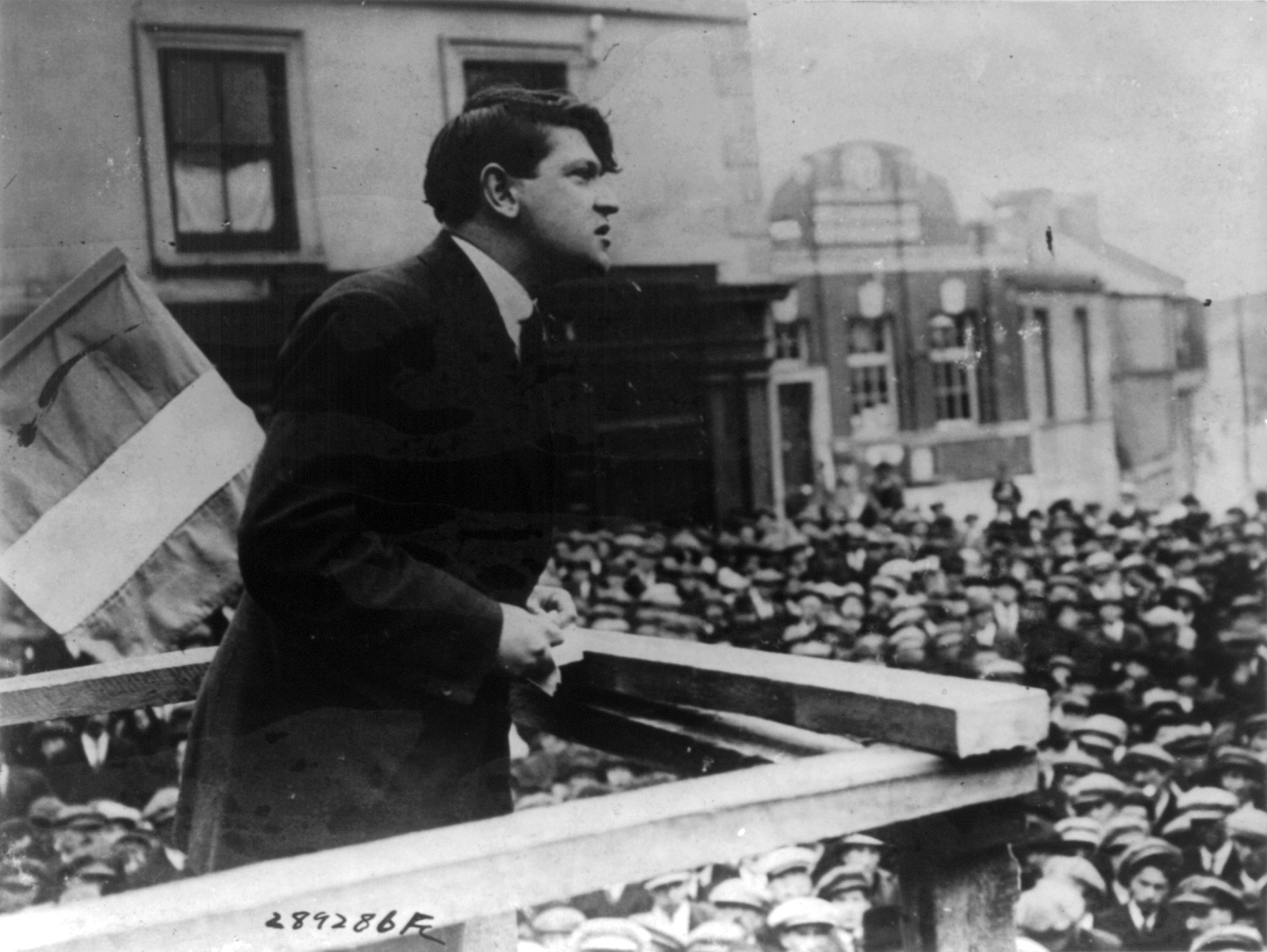 As debates over the treaty continued, Michael Collins did his part to sell the document to his fellow parliamentarians and the Irish public. One phrase he deployed – that the treaty did not offer full freedom but “the freedom to achieve it” – became a rallying cry for the pro-treaty movement. His case did not convince the anti-treaty members, however, who still walked out of the Dáil in January 1922. Collins was killed by people opposed to the treaty later that year.

[…] The President has suggested that a greater result could have been obtained by more skilful handling. Perhaps so. But there again the fault is not the delegation's; it rests with the Dáil. It is not afterwards the Dáil should have found out our limitations. Surely the Dáil knew it when they selected us, and our abilities could not have been expected to increase because we were chosen as plenipotentiaries by the Dáil. The delegates have been blamed for various things. It is scarcely too much to say that they have been blamed for not returning with recognition of the Irish Republic. They are blamed, at any rate, for not having done much better. A Deputy when speaking the other day with reference to Canada suggested that what may apply with safety to Canada would not at all apply to Ireland because of the difference in distance from Great Britain. It seemed to me that he did not regard the delegation as being wholly without responsibility for the geographical propinquity of Ireland to Great Britain. It is further suggested that by the result of their labours the delegation made a resumption of hostilities certain. That again rests with the Dáil; they should have chosen a better delegation, and it was before we went to London that should have been done, not when we returned.

This question of association was bandied around as far back as August 10th and went on until the final communication. The communication of September 29th from Lloyd George made it clear that they were going into a conference not on the recognition of the Irish Republic, and I say if we all stood on the recognition of the Irish Republic as a prelude to any conference we could very easily have said so, and there would be no conference. What I want to make clear is that it was the acceptance of the invitation that formed the compromise. I was sent there to form that adaptation, to bear the brunt of it. Now as one of the signatories of the document I naturally recommend its acceptance. I do not recommend it for more than it is. Equally I do not recommend it for less than it is. In my opinion it gives us freedom, not the ultimate freedom that all nations desire and develop to, but the freedom to achieve it (applause).

In coming to the decision I did I tried to weigh what my own responsibility was. Deputies have spoken about whether dead men would approve of it, and they have spoken of whether children yet unborn will approve of it, but few of them have spoken as to whether the living approve of it. In my own small way I tried to have before my mind what the whole lot of them would think of it. And the proper way for us to look at it is in that way. There is no man here who has more regard for the dead men than I have (hear, hear). I don't think it is fair to be quoting them against us. I think the decision ought to be a clear decision on the documents as they are before us —on the Treaty as it is before us. On that we shall be judged, as to whether we have done the right thing in our own conscience or not. Don't let us put the responsibility, the individual responsibility, upon anybody else. Let us take that responsibility ourselves and let us in God's name abide by the decision (applause).