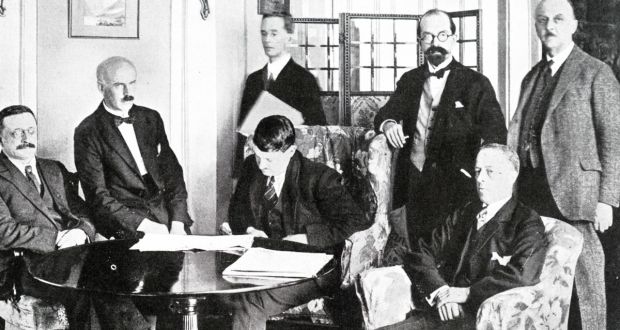 After nearly two months of often heated negotiations, the Anglo-Irish Treaty was finally signed on 6 December 1921. The first news to reach the public about the outcome of the talks was this note, written by Arthur Griffith immediately after signing the document. The substance of Griffith’s note was to be borne out – the treaty he signed allowed for Ireland to peacefully legislate its way out of any formal association with the United Kingdom by 1948. Many of his comrades back home did not see it that way. When Griffith died of heart failure the following August, Ireland was in a state of Civil War.

I have signed a Treaty of peace between Ireland and Great Britain. I believe that treaty will lay foundations of peace and friendship between the two Nations. What I have signed I shall stand by in the belief that the end of the conflict of centuries is at hand.