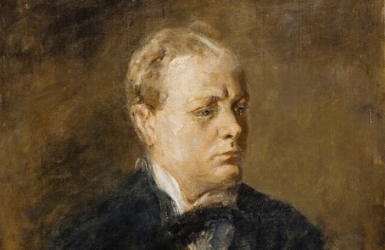 The resignation of staunch Unionist Andrew Bonar Law as leader of the Conservative and Unionist Party in 1921 sparked a power grab at Westminster. Law had occupied the post of Chancellor of the Exchequer in Lloyd George's coalition government; the Westminster Gazette suggested that Winston Churchill, then in the Liberal Party, was eyeing up the lucrative post. At that moment Churchill was Britain's Secretary of State for the Colonies, whose remit included Ireland, but as this column suggests, it seems that this was not enough to satisfy his political ambitions.

Where Mr Churchill Comes In

Mr Churchill has great influence over the Prime Minister, and although it was denied yesterday that Mr Lloyd George had sent him a message to return at once, stranger things may happen than Mr Churchill’s reappearance on the scene at Chequers during the Easter recess, or later in the month. He is always known to have cherished the ambition of becoming Chancellor of the Exchequer. It was the post which his father held, and relinquished, and he wishes to hold it and show how well he could retain it. …

With so few strong candidates for the post, it is thought not at all impossible that if Mr Churchill pressed his claims, he might get what he wants. And in the opinion of many members he would be in a far safer position for his country’s good at the Exchequer than in a department, with his desire to make a splash. In the department he can do this only by expensive adventures at the Treasury his one chance of gaining a reputation would be to save money, and Mr Churchill is the man to produce the 956 millions Budget, if it can be done. But he is still nominally a Liberal, and far from popular in certain Tory circles.

It would be a daring move on the Prime Minister’s part to make Mr Churchill Chancellor of the Exchequer. But it might succeed, if he cut down expenditure and prepared an electioneering Budget next year – for Mr Lloyd George no doubt hopes that next year will be time enough for an election.