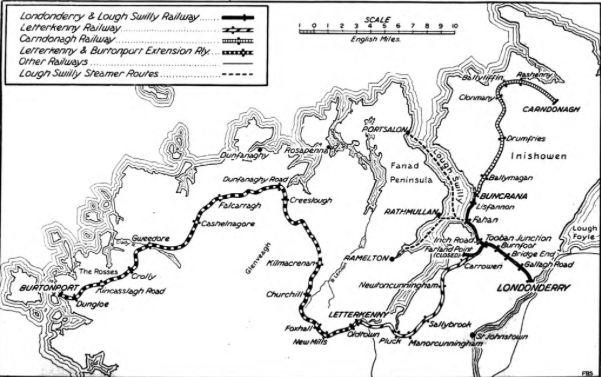 The Londonderry and Lough Swilly Railway Company opened in 1853 and operated railway lines in Derry and Donegal until 1953. In August 1921, a Derry Journal correspondent claimed that the company had failed to reinstate Catholic employees following a suspension of workers. The company denied these accusations, stating that the failure to re-employ all staff was due to a decline in passenger numbers.

A correspondent writes—I desire through the “Journal” to bring before the public cases of victimisation of the Lough Swilly Railway. Following the recent deadlock on this railway there was almost a total suspension of all workers. Since traffic has been resumed the suspended workers made application for reinstatement. In several cases reinstatement has been refused, and refused to workers with six, and in some cases, seven years’ service. No reason is given for this refusal to reinstate. But it does not require a prophet to tell the reason. Every one refused reinstatement are Catholics, and competent workmen. Their places are filled by Orangemen, some with over a little over a year’s service, and some with less, and in some cases incompetent to fill the job. The traffic, both in goods and passengers, on these lines are chiefly Catholic. I am sure I can safely say 85 per cent. of the traffic is Catholic. Now that their attention is drawn to the Swilly imitators of the Belfast pogrom makers it lies with them to act. If they do so and see that reinstatement of the workers is make according to seniority of service they will have justice and fair play established where bigotry and intolerance exist.

On making enquiry regarding the foregoing complaint, a “Derry Journal” representative was informed at the head office of the Lough Swilly Railway Company that there was no foundation for the allegations, and that no member of the staff was in any way victimised on account of religion, politics, or trades unionism. It was stated, however, that some misconception may have been caused by reason of the inability of the company to re-employ all the staff previously dispensed with owing to the falling-off in traffic. 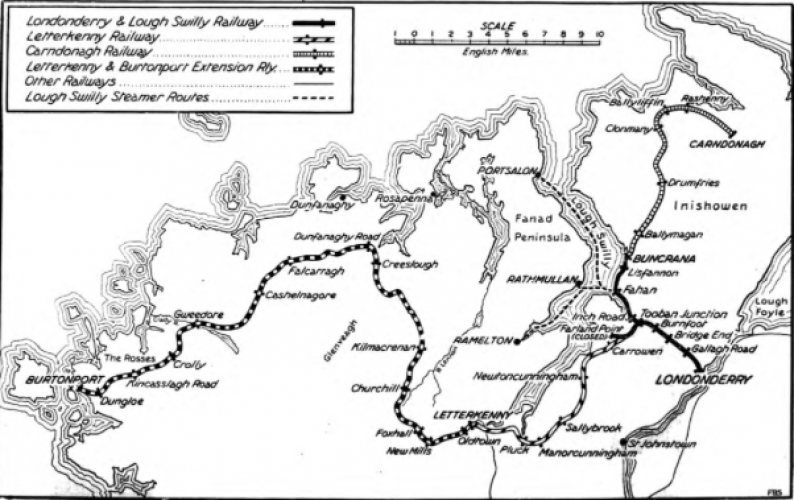 Map of the Londonderry and Lough Swilly Railway in 1919