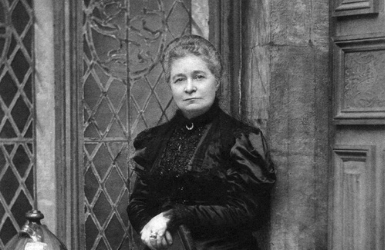 The temperance movement saw individuals and groups across the world campaign fiercely for restrictions and bans on the sale and consumption of alcohol. The temperance message was clearly popular in Ulster: the Belfast News-Letter reported in March 1921 that the Ulster Women’s Temperance Association had held multiple successful meetings in different towns to spread their message, often supported by the local clergy. In addition to recruiting new members, the Association probably hoped to secure pro-temperance candidates in the upcoming elections to the Northern Ireland parliament.

In connection with the campaign in Ulster towns arranged by the Ulster Women’s Temperance Association, successful meetings have been held during the past week in Ballymena, Ballymoney, Randalstown, Coleraine and Limavady, the principle speakers being Miss Myrie Weymonth (New Zealand) and Mrs. Moffat Clow (Portadown).

A large attendance was present at the meeting on Monday evening in the Y.M.C.A. Ballymena. Mrs W. R. Young, J.P., occupied the chair, and was supported by all the local clergy. Stirring addresses were delivered by Mrs. Crow and Miss Wymouth on the importance of temperance reform, and the desirability of securing suitable candidates for the new Parliament. Rev. Dr. Haslett and Mr. R. Crawford, J.P., also took part in the meeting, after which many new members were enrolled.

A meeting was held in the O.C. Hall, Randalstown, under the chairmanship of Rev. J. M’Kinstry, B.A. There was a crowded attendance of women voters resident in the division, and at the close of an enthusiastic meeting a branch of association was formed and officers appointed.

A good meeting was held in the First Presbyterian Church, Ballymoney, on Wednesday evening. Mrs Hamilton presiding over a large audience, and the following took part in the meeting: - Mrs. Armour, Mrs. Dill, Mrs. Clow, and Miss Weymouth, and in large numbers new members joined up.

Successful meetings were also held at Coleraine, where Lady Baxter presided, and at Limavady when the speakers had the assistance of the local clergy.

Branches have been formed, and members to the number of 4,000 have now been enrolled.