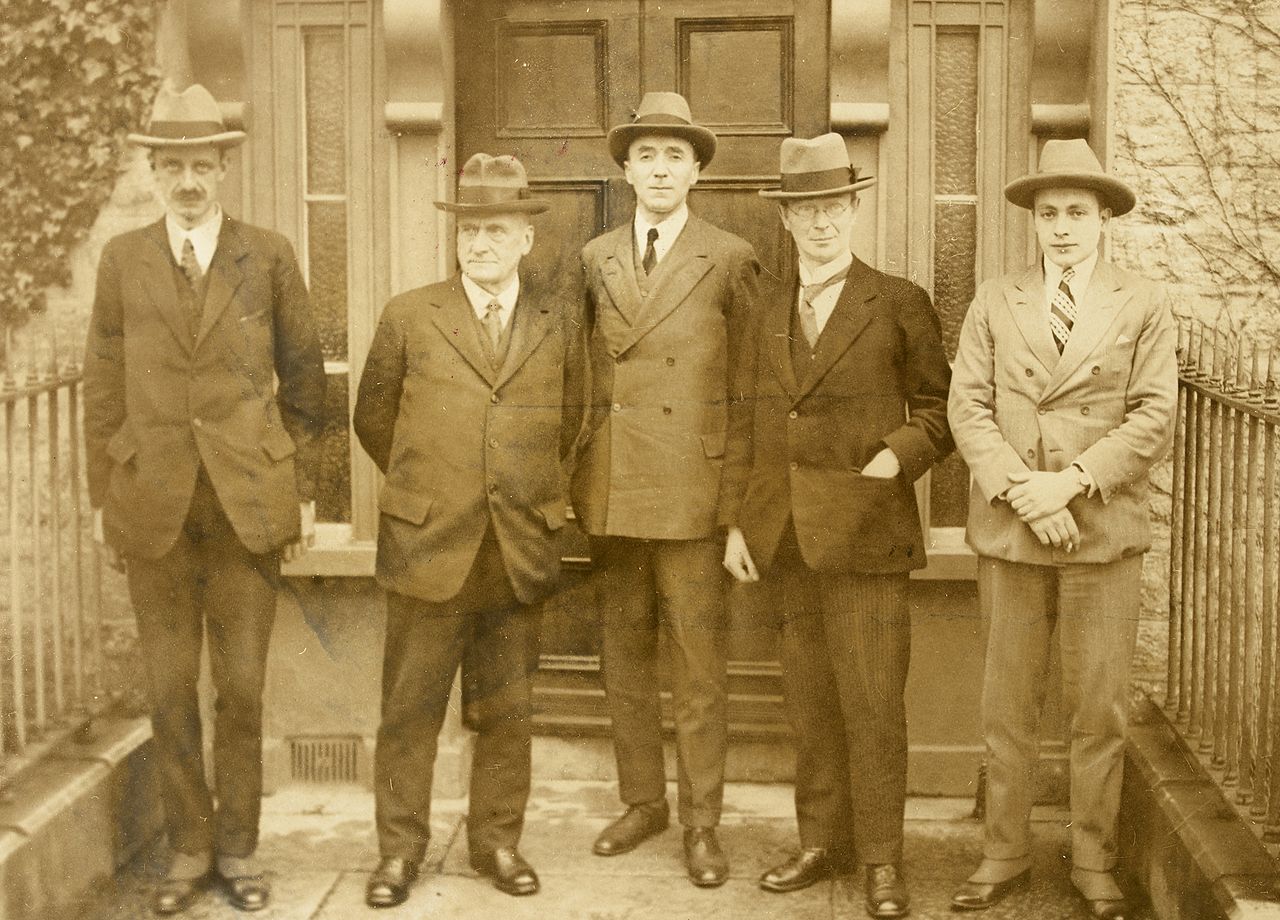 After almost a month of negotiations, the fundamental terms of the Anglo-Irish Treaty began to emerge. This letter from Arthur Griffith to Éamon de Valera sketches many of the terms under which the final agreement would be settled, such as creating a boundary commission to revise the territory of Northern Ireland. This commission would come into existence in 1924 (the Irish Civil War delayed its work), but its report in December 1925 recommended such minor adjustments that all parties agreed to its suppression.

To-day M. C. and myself were asked, unofficially to see Jones, Lloyd George's secretary at Whitehall Gardens. We declined, but agreed to meet him at one of our Headquarters, the Grosvenor.

He told us that Craig is standing pat. Refuses to come under any all-Ireland Parliament. Refuses to change Six-County area. He said that Ll. G. is going to put up to the 'Ulster' Govt. on Thursday the proposal that they should accept the 6-County area under an Irish Parliament. If they refuse, he will go down to the House of Commons and announce his resignation.

Birkenhead and Chamberlain will probably resign along with him, but they will do nothing further (this is Jones' statement). Said they would not dissolve, giving various reasons, nor go into opposition. Ll. G. would retire altogether from public life. Bonar Law would probably form a Militarist Govt. against Ireland.

Said he had a scheme in his own mind - that Ll. G. should, as an alternative to the 'Ulster' refusal, offer to set up a Govt. for the 26 Counties with all the proposed powers, and appoint a boundary Commission to delimit 'Ulster', confining this Ulster to its Partition Act powers. This would give us most of Tyrone, Fermanagh, and part of Armagh, Down, etc.

We did not give any definite opinion on the matter. It is their look-out for the moment. He is to see us again tomorrow. It is partly bluff, but not wholly. It is possible the Conference may end with this week. If so, all policy dictates it should end on the note of 'Ulster' being impossibilist, in order to throw the Dominions against her.