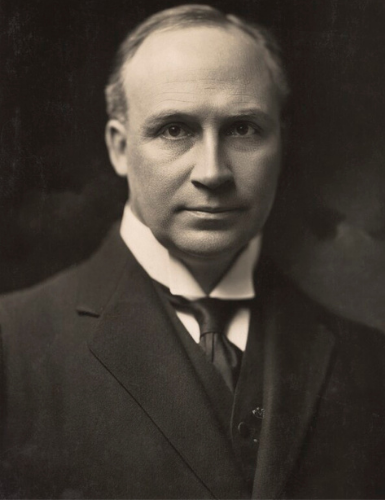 On 16 February 1921 the Liberal MP and Chief Secretary of Ireland, Hamar Greenwood, answered questions in the House of Commons concerning recent alleged controversies that had engulfed both the British Army and the Ulster Special Constabulary in Ballykinlar and Newry respectively. On 17 January, two prisoners at Ballykinlar internment camp, Patrick Sloane and Joseph Tormey, were shot dead by a camp guard after failing to disperse when ordered. The soldier was cleared of any wrongdoing by a military inquiry. Two days later, three members of the Ulster Special Constabulary assaulted and robbed three men in Newry. Greenwood was questioned by Jeremiah MacVeagh, the Nationalist Party MP for South Down, who in his role as a barrister often defended suspected IRA activists in court.

Questions to Sir Hamar Greenwood on Events in Newry

Mr. MacVEAGH (by Private Notice) asked the Chief Secretary whether he has received any report of the robberies and personal violence committed by special constables in the town of Newry; whether these charges have been preferred by leading merchants; and whether an independent investigation will be held?

Sir H. GREENWOOD: The serious allegations which have been made against certain units of the Special Constabulary in the Newry district have already been the subject for official inquiry, and as a result one platoon has been disbanded and a number of men are now awaiting trial by court-martial on charges of theft. In regard to the second part of the hon. Member's question the Military Court of Inquiry held in lieu of inquest into the deaths of the two internees at Ballykinlar found that no blame attached to the soldier who fired in the execution of his duty. No action of punitive or disciplinary character was therefore called for and none has been taken. ...

Mr. MacVEAGH: Has any action been taken in the case of the soldier who shot dead two interned prisoners in the Ballykinlar camp?

Sir H. GREENWOOD: The military inquiry held in lieu of the inquest found that no blame attached to the soldier, who fired in the execution of his duty.

Sir H. GREENWOOD: I must ask the hon. Member to give me notice.

Mr. MacVEAGH: Was the soldier who shot these two men put on trial? Was he court-martialled?

Sir H. GREENWOOD: Any soldier who is accused is at once relieved of his duty until the hearing of the case. I have already said that no blame attached to the soldier, who fired in the execution of his duty. Every opportunity was given to the internees to give evidence at the inquest, but no one responded.

Mr. MacVEAGH: Is not the reason for that because no one had the slightest confidence in the impartiality of the tribunal? Is it not a fact that this inquiry was conducted by the officers of the man who committed the two murders?

Commander Viscount CURZON: Is it not a fact that the soldier fired only after repeated warnings to these two men?

Sir H. GREENWOOD: That is so.

Mr. MacVEAGH: That is not so.

… Mr. MacVEAGH: Is it not a fact that the relatives of the two men who were murdered were not informed of the murders until three days after they had taken place?

Sir H. GREENWOOD: I am not aware of that.