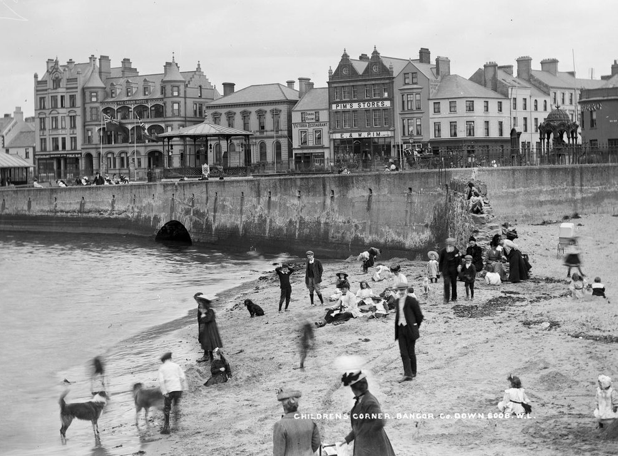 On 4 June 1921 the Shankill Road Mission reopened its holiday homes near Bangor. Known as the ‘Fresh Air Colony’ or more colloquially as Shankill Village, the homes were run by the mission to provide children and young people from Belfast’s Shankill area with holidays, enabling them to spend time outside of the city and to experience the seaside. The Shankill Road Mission was founded in 1896 by the Presbyterian minister Henry Montgomery. By the outbreak of the Great War the mission had established itself as an organised congregation with over 500 families. Along with other initiatives such as Christmas parcels, the holiday homes formed an integral part of Montgomery’s missionary enterprise.

In the presence of a large and distinguished gathering the Holiday Homes at Bangor, which are conducted by the Shankill Road Mission, were reopened on Saturday afternoon by Mrs T. W. M’Mullan. The weather was ideal, and the many Belfast friends of the Mission present were conveyed to the Homes, which are situated on the Donaghadee Road, by motor char-a-banc from the railway station. The Homes, consisting of three buildings, were prettily decorated with flags and steamers, and the opening ceremony took place in a large marquee erected for the occasion. Mr T. W. M’Mullan, MP, presided, and after the meeting the visitors were conducted through the Homes, where the most is made of the available accommodation, and admirable arrangements provided for the comfort and health of the inmates.