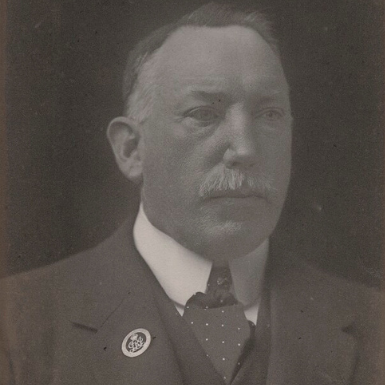 James Craig was appointed leader of the Ulster Unionist Party in February 1921. Some expressed fear that Craig’s appointment would do little to improve relations between unionists and nationalists. This article from the Freeman’s Journal suggested that Craig was ignoring calls for toleration and unity, which raised questions about his suitability to be Prime Minister.

We drew attention a few days-ago to the contrast between the truculence of Sir Edward Carson's Orange tirades in Belfast and Sir James Craig’s professed aspirations for toleration and amity. As we suspected, Sir Edward Carson, though no longer the nominal leader, still dictates the policy.

After a half-hearted effort to suggest that the ship should be laid on a new course Sir James Craig has meekly surrendered. At Willowfield the new leader dug up the hatchet which he had urged should be buried; and flourished it as aggressively as Sir Edward Carson himself.

The only test question in the coming elections, he declared, would be ‘Are you a true man? Are these your colours?’ waving an Orange flag at the same time in the face of his audience. ‘I 'have never,’ he added, ‘been able to distinguish the difference between the Orange standard and the Union Jack.’

How does Sir James Craig reconcile this drum-banging with his declaration that the majority of Carsonia must do nothing to offend the susceptibilities of the minority? Of course he cannot reconcile it. His latest performance is, as everyone knows, in the nature of a penance for his crime in even whispering the word ’tolerance’ on an Orange platform. If this is the measure of moral courage which Sir James Craig brings to his new task he may succeed as an Orange champion, but he will fail hopelessly as a constructive statesman.