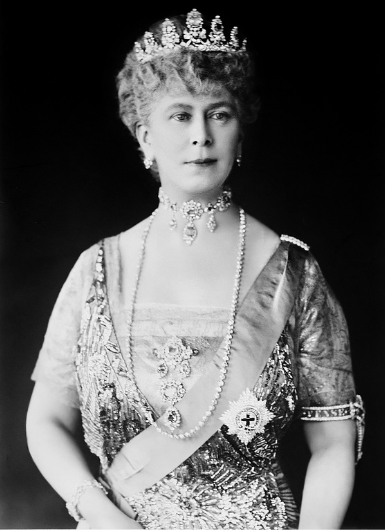 Two days prior to the state opening of the Parliament of Northern Ireland at Belfast City Hall, The Sunday Post reported that Queen Mary would accompany her husband on the royal visit. The paper also detailed preparations for the event, including a naval escort at Belfast Harbour and a procession through the city. A further report stated that the ‘City Hall is now guarded day and night by numerous police’. 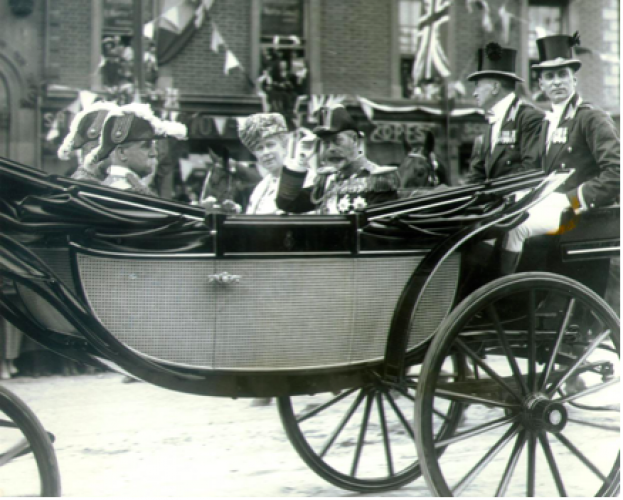 Queen Mary and her husband, King George V in Belfast. Image courtesy of the Belfast Telegraph.

Queen Mary for Ulster. Will Accompany King to Belfast

“The Sunday Post” learns officially that the Queen will accompany the King when he visits Belfast on Wednesday to open the Northern Parliament in state.

Sir James Craig, Ulster’s Prime Minister, telegraphed to Windsor expressing the earnest hope that Her Majesty would alter her decision not to come, and extending a cordial welcome.

The reply was received at noon to-day that the Queen would have much pleasure in accompanying the King.

The Royal yacht will have an imposing naval escort on the voyage to Belfast.

In addition to the Second Destroyer Flotilla the Victoria and Albert will be guarded by many battleships and cruisers, including the following :—The Revenge, The Ramillies, The Carysfort, The Cleopatra, and The Spenser.

The naval treat is much appreciated in Belfast, and as the fleet moves up the Lough it will be saluted by guns on the forts and the battery on the shore.

The King and Queen will land at the Heysham steamer birth. Sir Hamar Greenwood and the Irish Viceroy will receive the Royal Party.

Sir Herbert Brand is in charge of the Royal yacht and Sir Rudolph Bentinck is Admiral of the Fleet,

A few unbooked seats at windows overlooking the route were disposed of for £20 to-day.