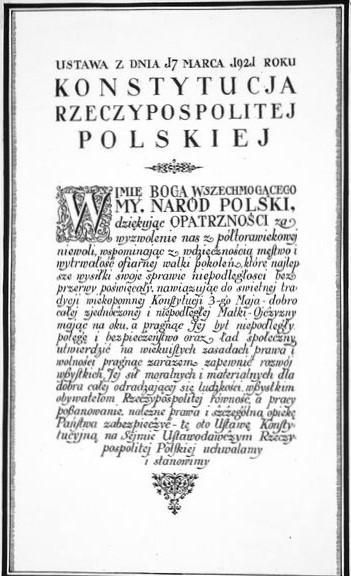 Since the late 18th century Jews in the predominantly Greek Orthodox Russian Empire had been subjected to restrictions in various areas of social life. They were only allowed to live within the Pale of Settlement, which was limited to the territories of modern Poland, Ukraine, Lithuania, Belarus and Western Russia and other nearby territories. The minority treaty signed at the Paris Peace Conference on 28 June 1919 compelled Poland to grant equal rights to minorities in the new Polish state, including Jews. On 17 March 1921 the Polish parliament approved its 'March constitution', which granted freedom of religion to Jews and other minorities.

Poland and the Jews

Reuters learnt that the Jewish Correspondence Bureau has received the following message from Warsaw:

The Government has published a decree in the “Monitor Polski”, according to which all restrictions upon Jews which remain in existence from Czarist times are now abolished.