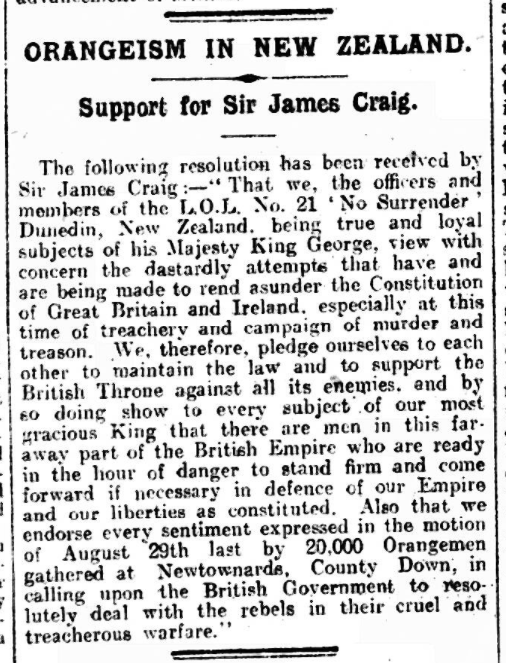 While American involvement in the republican movement was well publicised, support for the unionist cause from outside of Ireland was still common. The Orange Order was founded in 1795 to promote Protestant political rights in Ireland and was an international organisation by the turn of the 20th century. This letter, published in the Belfast News-Letter on 14 November 1921, was sent by the Dunedin (New Zealand) branch of the Orange Order to James Craig. 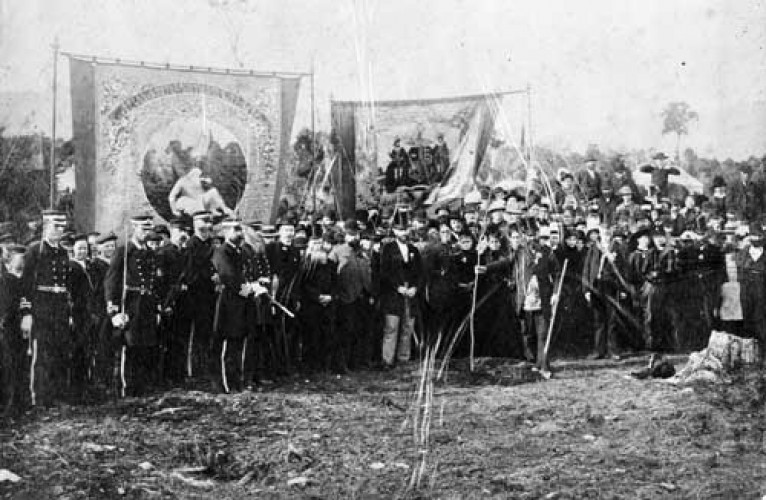 The following resolution has been received by Sir James Craig:- “That we, the officers and members of the L.O.L. NO. 21 ‘No Surrender’ Dunedin, New Zealand, being true and loyal subjects of his Majesty King George, view with concern the dastardly attempts that have and are being made to rend asunder the Constitution of Great Britain and Ireland, especially at this time of treachery and campaign of murder and treason. We, therefore, pledge ourselves to each other to maintain the law and to support the British Throne against all its enemies, and by so doing show to every subject of our most gracious King that there are men in this far-away part of the British Empire who are ready in the hour of danger to stand firm and come forward if necessary in defence of our Empire and our liberties and constituted. Also that we endorse every sentiment expressed in the motion of August 29th last by 20,000 Orangemen gathered at Newtownards, County Down, in calling upon the British Government to resolutely deal with the rebels in their cruel and treacherous warfare.”