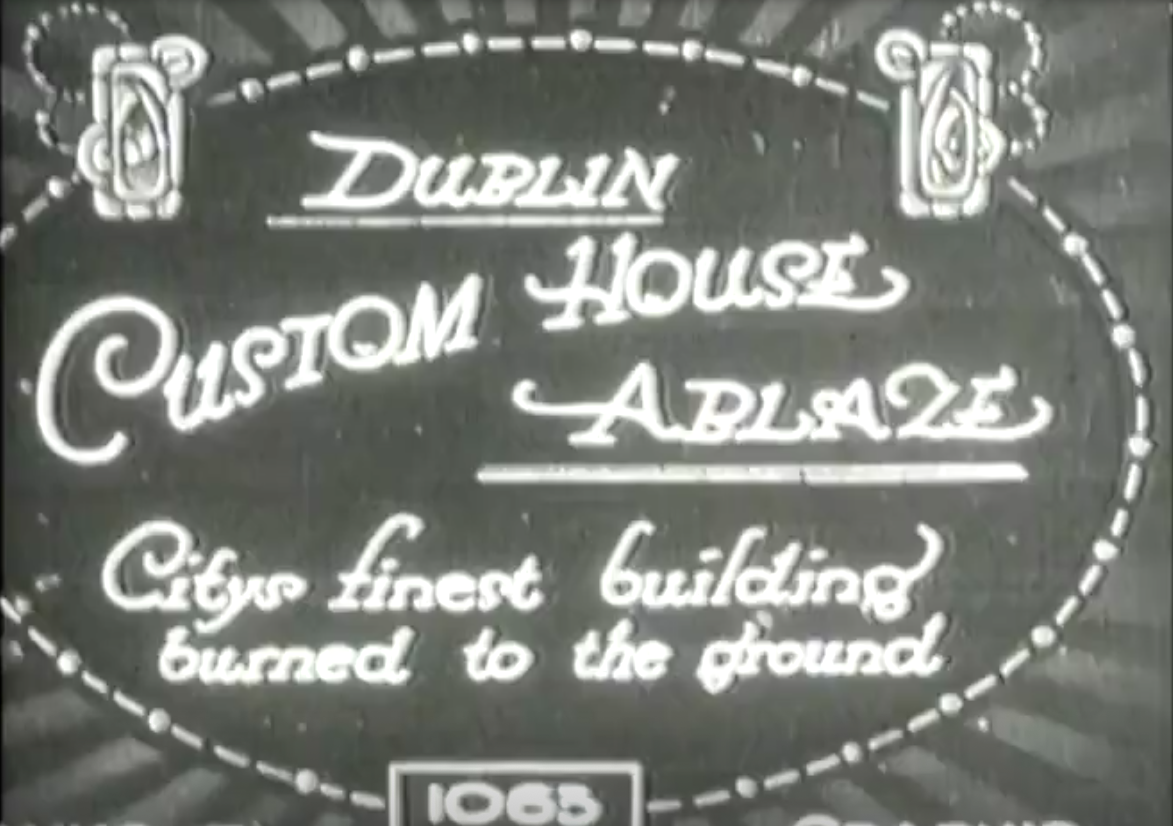 In 1910 Pathé began the first British newsreel, entitled Pathe’s Animated Gazette. By 1918, it was known simply as Pathé Gazette, regularly showing news footage alongside items of public interest. Newsreels were normally shown as part of a wider programme including features films, serials and shorts. During this week, for instance, Belfast’s Panopticon cinema showed Wolves of the Night, The Wooing of Riley and Girls will be Girls alongside a Pathé Gazette. The Northern Whig commented that the Pathé Pictorial and the Pathé Gazette ‘are this week particularly attractive locally for they include scenes in both Belfast and Dublin’. The following two segments, both issued on 30 May 1921, brought footage of recent events on the island of Ireland to millions of cinema-goers.

The second, entitled ‘Dublin Custom House Burnt Down’, shows firefighters trying to extinguish the flames, images of captured or discarded IRA revolvers, and civilians being searched by Auxiliaries and British forces.