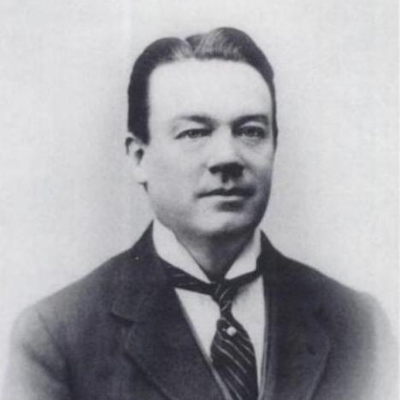 Joe Devlin, leader of the Nationalist Party in the 1921 elections.

On 7 May several newspapers, including the Northern Whig, printed a manifesto ‘issued by the Nationalist candidates to the electors of Antrim, Armagh, Derry, Down, Fermanagh and Tyrone, and Belfast and Derry cities’. The Nationalist Party, led by Joseph Devlin, argued that partition was detrimental to the Irish economy and would lead to increased violence. It proposed the creation of a ‘genuine constituent assembly’ to ease the current divisions. The party won six seats at the 1921 Northern Ireland general election, but its policy of abstention meant that it boycotted the new legislature.

Nationalist Manifesto. Is it an Olive Branch? Constituent Assembly Suggestions

Ladies and Gentlemen,—The events of the last few days have made clear the Government’s purpose. People had hoped against hope that the Prime Minister and his colleagues would at the last moment shrink from the mad gamble involved in an attempt to put in force the ill-named Partition Act. There is no longer room for hope. The same sinister influences that have helped so largely to transform “the one bright spot” into the Ireland with which we are confronted to-day still hold sway in the councils of the Cabinet. The historic unity of Ireland is to be violated with results disastrous to the peace and prosperity alike of the North and South.

At this critical moment, pregnant with potential evils more grave, more menacing, more malignant even than those which the last few years have witnessed, is it not the supreme duty of every Irishman of every party and class and creed to pause and consider how Ireland may yet be saved from the calamities with which she is encompassed?

No camouflage can completely hide the grim reality. There is no thoughtful man—Nationalist or Sinn Feiner, Southern Unionist or Ulster Covenanter—who does not realise in his inner consciousness that the setting up of a legislative divorce between the six counties and the twenty-six is fraught with evil alike to the North-East corner and to the rest of the country. The proposal is as unnatural as it is unnational. It is merely tactics gone mad. This insulting scheme is not an act of national peace and reconciliation, but a trick of English politicians.

… Ireland is a small country, whose vital needs are largely identical, and where they are not identical are closely co-related. No one knows better than the Unionist merchant of Belfast how intimately allied are the interests of the Northern trader and his customers outside the six-county area. The banking institutions of Belfast are vividly cognisant of the value of maintaining friendly relations between the agricultural and the industrial portions of Ireland. The country’s social and economic problems may differ in detail, but it is manifest they can only be properly dealt with by a Parliament representative of all the interests that are concerned.

… While it is our fixed determination not to enter this North-East Ulster Parliament, we shall labour outside with all our might to secure the unity of Ireland. For this purpose we invite the electoral and financial support of the patriotic electors of the six counties.

Joe Devlin, leader of the Nationalist Party in the 1921 elections.