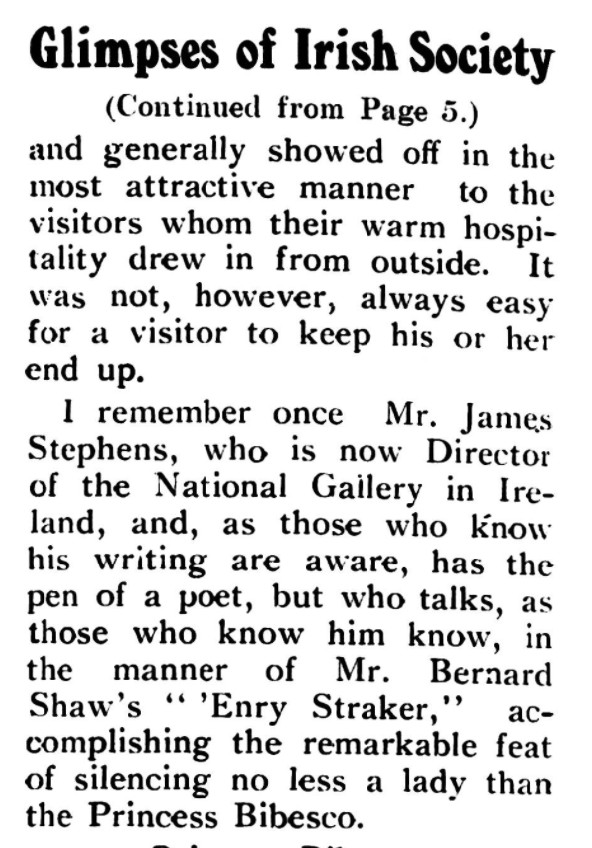 Ulysses, James Joyce’s iconic novel about a day in the life of Leopold Bloom in Dublin, was finished on 29 October 1921. Despite being serialised in the American newspaper The Little Review from 1918-1920, Joyce continued to add passages throughout 1921 – this letter announces the completion of Ithica, the penultimate chapter (but last to be written). Perhaps the most important work of modernist literature ever completed, Ulysses was banned immediately in England and America upon its release in 1922. The book was never even put on sale in Ireland as the publishers knew the censor would immediately ban it. While he never returned to his homeland after 1912, gossip columns would still discuss his centrality to Irish literary life, as seen in the second piece discussing the work of George Russell from September 1923. 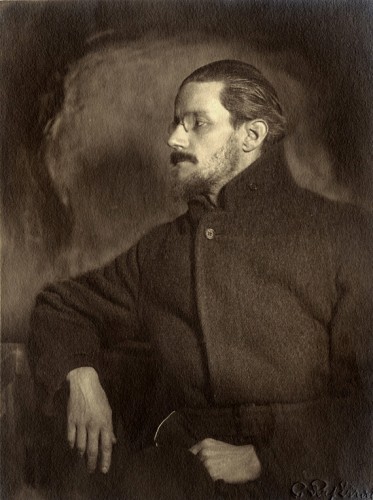 A few lines to say I have finished the Ithica episode so that at last the writing of Ulysses is finished. I still have a lot of proofreading and revising to do but the composition is at an end. I shall send you Penelope with all my revisions and additions when the printers send it back.

From time to time Irishmen from the great world would blow in – Sir William Orpen, more usually to be found perhaps in purely male society, Mr. James Joyce, who writes strangely able books of a largely unpublishable character and lives mainly in Zurich, and Lady Gregory, who, under the appropriate shelter of an opened umbrella, may be seen rehearsing plays in the deserted gloom of the Abbey Theatre in the afternoons.

All these people assiduously took in each other’s epigrams, indulgently and effulgently reflected each other’s brilliance, and generally showed off in the most attractive manner to the visitors whom their warm hospitality drew in from the outside. It was not, however, always easy for a visitor to keep his or her end up.

I remember once Mr. James Stephens, who is now Director of the National Gallery in Ireland, and, as those who know his writing are aware, has the pen of a poet, but who talks, as those who know him know, I the manner of Mr. Bernard Shaw’s “’Enry Straker,” accomplishing the remarkable feat of silencing no less a lady than the Princess Bibesco.