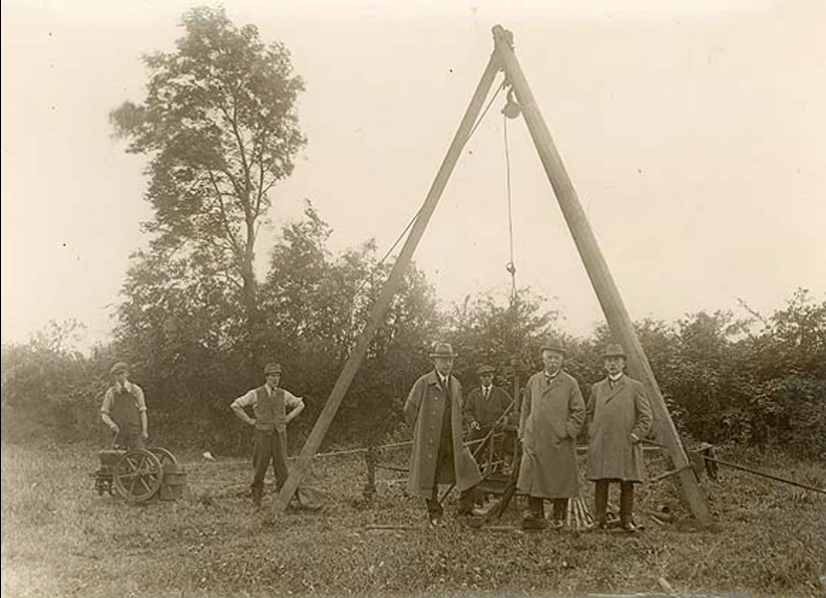 On 16 June 1921 the Irish Conservative peer Martin Morris, Baron Killanin, told the House of Lords that the resounding success of Unionism in the Northern Ireland elections gave Nationalists a choice: either to press for an independent republic which would copper fasten partition, or to accept a more moderate solution which would preserve Irish unity. At the time of partition, Morris was the Lord Lieutenant of County Galway and a member of the Privy Council of Ireland. A Catholic Unionist, he held these positions until 1922, when the offices were either abolished or became dormant upon the creation of the Irish Free State following the Anglo-Irish Treaty. Morris shared the strong Unionist sympathies of his father Michael Morris, a solicitor general for Ireland under Derby’s government who once said he would never dine with anyone who had broken bread with Charles Stuart Parnell.

In the course of the debates in this House, when the Government of Ireland Act was passing through it, many suggestions were made as to what should be the size of the area of the Northern Parliament, and as to what probably would be the complexion of the members returned to that Parliament. My recollection is that the very highest figures given in regard to the Northern area were that thirty-two Orangemen would be returned and twenty Nationalists. The results, however, have been very different. We have seen forty Orangemen out of 52 members returned to Parliament in the North of Ireland, only twelve Nationalists being returned. I think that is an interesting fact, and one that is bound to have an effect on the South of Ireland. The South must give attention to it. They must make up their minds what attitude they are now going to take towards that result.

Perhaps I may be allowed to recall the past for a little in reference to the relation of Unionists, on the one hand, and Nationalists on the other, to the formation of a Parliament in the North. The position we Unionists always took up was that we believed, if Home Rule were given, there would have to be partition in Ireland, and that there would have to be a Parliament in the North. We were opposed to that, because we cherished the identity and the unity of Ireland. Unionists wanted to keep Ireland within the Union because we saw that was the only way in which the identity and unity of Ireland could be pre-served. In the past, if you said to a Nationalist: ‘If you press your policy to the bitter end, it will only result in something to which you are opposed, and to which you as Nationalists ought to be more opposed than we as Unionists – namely, the partition of the country’ – the Nationalist would reply: ‘The Northern question is all bluff. It is only action on the part of a handful of people.’ I am quoting words actually used by Nationalists.

What do they say when they find all their preconceived views as to how many Orangemen and how many Nationalists would be returned to the Ulster Parliament have been upset? They are now … up against this fact – that Ulster has asserted herself, and has shown that she exists. Nationalists, however opposed it is to their wishes, their hopes and ideals, are, I submit, bound to recognise it. They cannot get away from it. Over forty Orangemen have been returned to a Parliament now almost established in Ulster, and perhaps they are inclined to be rather too satisfied with themselves. They remind me of ‘Little Jack Horner’ who ‘sat in a corner, and said “What a good boy am I.”’ But we have now to consider these facts, and I submit that the Sinn Féiners and Nationalists must, if they are to deal with the question in a statesmanlike way, take note of the situation as it exists now.

For the last few years it has not been very easy to know to what Party one belonged in Ireland; but if that was the case in the past, the issue now in Ireland is perfectly simple for all Nationalists and Unionists in the South of Ireland. The issue is whether you are in favour of the independence of Ireland, or the unity of Ireland; whether you are going to work for independence, or whether you are going to work for the unity of Ireland and submit every proposal to the test as to whether it will tend towards the unity of that country. What is the attitude of Sinn Féin at present? Since the Election in the North they have given no expression to their views. Do they still say they are in favour of a Republic for Ireland? And if so, do they mean for all Ireland? Do they include Ulster in their demand for a Republic? If not, do they mean that they want a Republic for three-quarters only of Ireland? Are they willing to leave Ulster out, or are they, as I hope they are, willing now to take a more moderate view of the whole situation, give up their demand for independence, and work for what is a greater and more necessary thing – namely, the unity of Ireland.