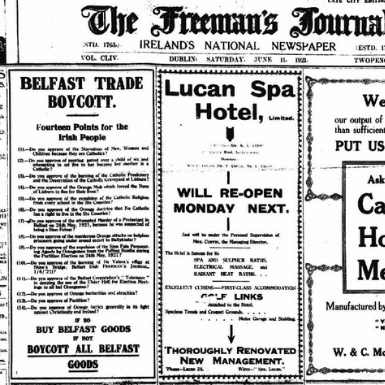 In August 1920 Dáil Éireann ordered a boycott of Belfast goods and a withdrawal of funds from the city’s banks in support of Catholic workers expelled from the shipyards. A Department of Boycott was created in 1921 and hundreds of local boycott committees were established across Ireland. Firms breaking the boycott were fined and the IRA carried out its own boycott patrols. This notice, printed in the Freeman’s Journal, shows how Nationalists encouraged Irish citizens to support the action. The boycott officially ended in January 1922 with the announcement of the first agreement between James Craig and Michael Collins, when Craig promised to aid the return of the expelled Catholic workers. 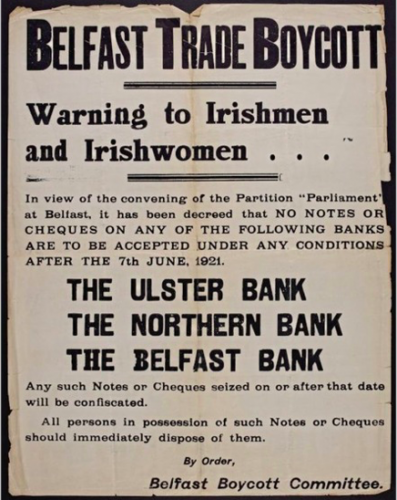 Notice of a trade boycott and withdrawal of funds from British banks by Dáil Éireann in the Irish News. 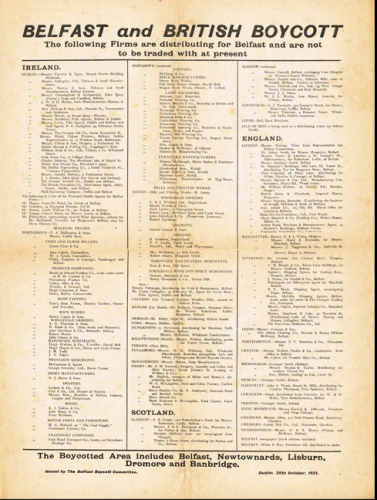 Fourteen Points for the Irish People

IF SO BUY BELFAST GOODS

IF NOT BOYCOTT ALL BELFAST GOODS