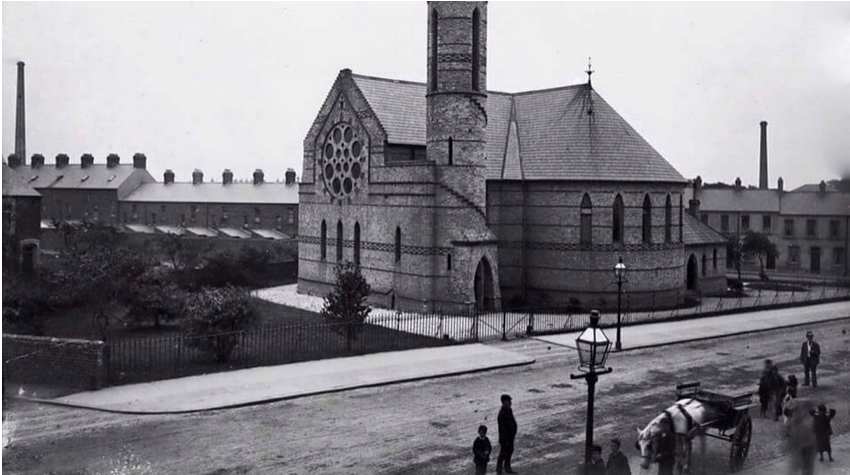 On 5 June 1921, a day of intercession was held prior to the opening of the Northern Ireland Parliament two days later. Services were held by Church of Ireland, Presbyterian, and Methodist ministers and were attended by members of the new parliament and its soon-to-be first Prime Minister James Craig. The services adopted an overtly unionist tone, and focused on the success of Unionism at the previous month’s election and the need for a strong parliament.

Official services of intercession in connection with the opening of the Northern Parliament were held in Belfast yesterday. In the morning the Lord Primate of All Ireland (Most Rev. Dr. D’Arcy) preached to a crowded congregation in the Cathedral. In the afternoon there was another crowded attendance in the Assembly Hall, where the preacher was the Rev. Dr. Park.  At each service ministers of the Church of Ireland, the Presbyterian Church, and the Methodist Church took part, and Sir James Craig, Lady Craig, and Miss Aileen Craig were present. The Lord Mayor and members of the Corporation attended in their robes, and accommodation was reserved for them and for members of the new Parliament.

…The service at St. Matthew’s Parish Church was conducted by Rev. C. H. Lyndon, MA, OBE (military), who delivered an interesting address based on the text, ‘A Pavement of Red, White, and Blue’. He quoted passages from the Bible in which the three colours were referred to, showing that red was the soldier’s colour, symbolic of war; white indicated victory, and blue was the symbol of peace. If Ulster was to win victory and peace, he said, the people must be true to the red, white, and blue, both spiritually and morally.

Sir James and Lady Craig attended at the Cathedral, where the Lord Primate said if there had been partition it was not their doing. It would not be partition in the case of “Ulster” unless the forces outside “Ulster” made it so. The result of the recent elections was a great victory for order and settled progress.