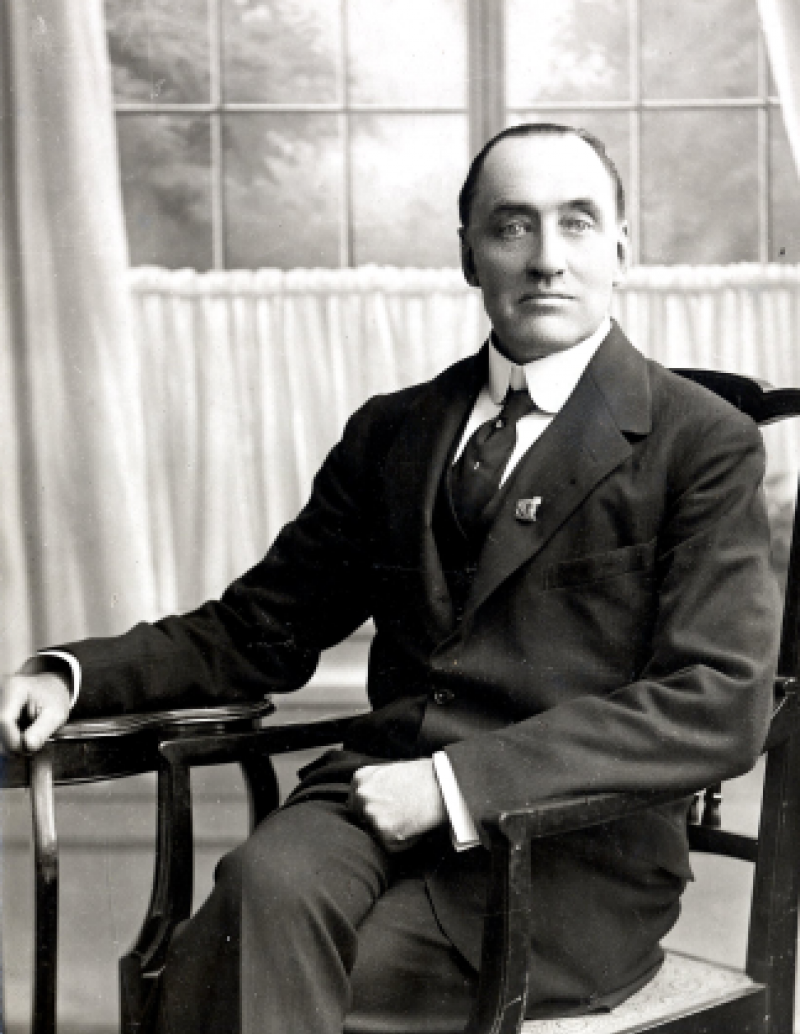 Edward Carson formally announced his decision to stand down as the leader of Ulster Unionism on 4 February 1921. Commenting on his resignation a few days later, the Freeman’s Journal criticised what it saw as Carson’s aggressive attitude towards minorities, and suggested that Carson would continue to set the agenda for Ulster Unionism despite the appointment of Sir James Craig as his successor.

It is impossible to imagine that Sir Edward Carson came to Belfast to queer his successor’s pitch. Yet if this were not the object of his visit it is difficult to find any intelligent explanation of his speeches.

Sir James Craig, who is apparently beginning to realise something of the real nature of the job he has taken in his hands, tried in vain to introduce some piano passages into the Orange oratorio. But Sir Edward Carson’s utterances were all keyed to the note of the big drum, and even in the fine frenzy of the pre-war campaign he rarely ranted more vehemently than he has done on this occasion.

If this is, as most people assume, his final performance on the Ulster stage, it was certainly in keeping with his best traditions in the past. The hymn of hate reached its highest crescendo, and all parties who have the misfortune not to see eye to eye with the Orange champion were spattered with the most virulent abuse.

No doubt the proceedings tickled the ears of the groundlings, as it was meant to do, but it made things no easier for the men who have to put their hands to the task Sir Edward Carson has dropped. They came craving for bread, he offered them instead stones to fling at the heads of their opponents.

What is the use of Sir James Craig protesting that ‘he would not say one word or participate in one deed which would arouse angry feelings in any way in the South or in Ulster’, when the man whom he still claims as his leader has nothing but bitter taunts and insults for the mass of his countrymen?