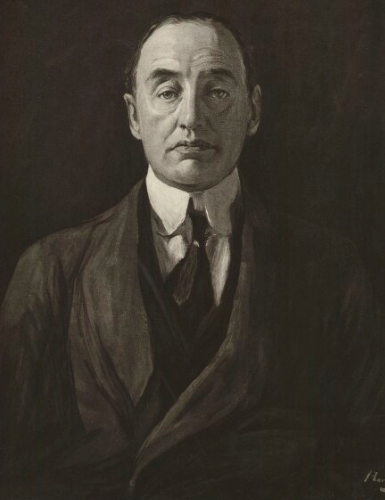 At a meeting of the Ulster Unionist Council on 4 February 1921, Edward Carson formally announced his decision to stand down as the leader of Ulster Unionism. In doing so, Carson, the symbol of unionist resistance to Irish Home Rule throughout the previous decade, relinquished the opportunity to become Prime Minister of the new Northern Ireland state. The Irish Independent reported Carson’s resignation speech in detail the next day.

At the Ulster Unionist Council meeting there was a large attendance of delegates.

On the question of the leadership, Sir E. Carson, who presided, alluded to his 11 years of experience in that regard, and said he had never had a single quarrel with anyone. His refusal to continue was due to a question of age and energy – in which connection he mentioned the stress of the period when he was at the Admiralty. The man who gave the necessary best to carry to a successful conclusion the initiation of their new Parliament would have to work from morning till night, all day and every day. He was thankful in the thought that he would be able to do them good service in the Imperial Parliament.

Having their own Parliament in Ulster they would no longer be a pawn in the political game. He appealed to them to give his successor the same loyalty that they had accorded him, and to have the same unity as in the past.

In the troublesome time before the war, he continued:

… when we were brought into conflict not with England or Scotland, not with His Majesty, but with a base political party – during all that period, when men’s hearts were palpitating with hostility and hatred towards the proposals to put them under a Sinn Féin Parliament in Dublin, it is a proud record to think that we never had so much as even a street row to disgrace our cause. We have a clean record … Let us preserve it.

As to the future, ‘you must recollect,’ he said:

that if you are in the majority that fact carries with it grave responsibilities. You will no longer, if you get a majority at the elections, be an organisation for a party. You will be a Parliament for the whole community. We used to say we could not trust an Irish Parliament in Dublin to do justice to the Protestant minority. Let us take care that that reproach can no longer be made against your Parliament, and from the outset let us say that the Catholic minority have nothing to fear from a Protestant majority.