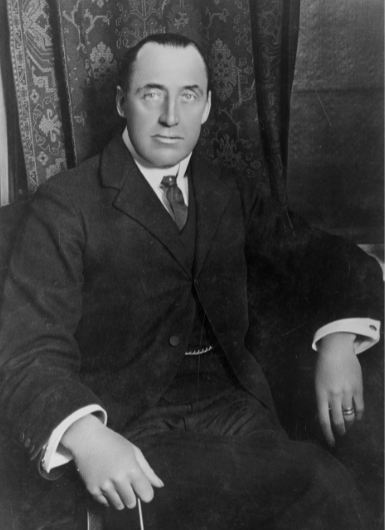 In February 1921, Edward Carson formally resigned as leader of the Ulster Unionists, relinquishing the opportunity to become the first Prime Minister of Northern Ireland. Three months later he was then appointed Lord of Appeal and granted the title Baron Carson of Duncairn. The day after the Northern Ireland general election, the Northern Whig offered a Unionist perspective on his new appointment.

His Services to the Empire. A Great Lawyer and Statesman

… Unionists of every class all over Ulster will unite in congratulating Sir Edward Carson upon the recognition by the Government of his outstanding ability and commanding position in the legal world. His appointment to one of the highest posts in the English Judicature has been fully earned by a long, a brilliant, and a strenuous legal career, a considerable portion of which has been passed in the service of the State both in Ireland and in England.

Ulster people are proud to know that the professional merit and great public record of their late trusted leader have been so signally honoured by the Executive of the country. They reflect that during eleven years he practically cast aside all the triumphs of the Bar and the prizes of the Bench which might easily have been his in order to save them from a political fate which they regarded with horror. During those eleven years he threw in his lot with theirs regardless of threat or danger or toil or worry. And he did not lay down his leader’s staff until the peril which they feared, and to save them from which he sacrificed so much, had been averted, owing very largely, if not entirely, to his efforts …

His Ulster friends will feel specially gratified that Sir Edward’s new dignity promises him the relaxation he needs after so strenuous a career, although it will enable him to still serve the nation in an important capacity. But mingling with their hearty congratulations will be the deep and poignant regret with which they regard the loss of his services as a representative of Westminster of the city of Belfast, and as the sage advisor and vigilant friend in the British House of Commons of the new Ulster Parliament. The loss will make every Unionist in the province feel a sharp wrench, while Belfast citizens, who have grown to believe that all’s right with the city so long as Sir Edward represented it at Westminster will feel perhaps the sharpest …