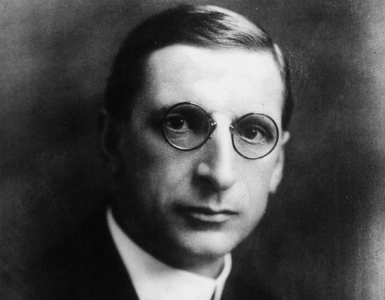 The winter of 1920–21 witnessed some of the bloodiest events of the War of Independence. A grim pattern of violence emerged on both sides, where British forces and IRA troops would enact reprisals in response to individual attacks. Both sides condemned these reprisals, while arguing that their own actions were necessary and justified. In February 1921 Eamon de Valera, President of Dáil Éireann, wrote an open letter to Britain’s government, condemning the actions of British armed forces on the island of Ireland. The letter, also published in the Freeman’s Journal, argued that the deeds carried out by British troops could not be justified as ‘acts of war’ because Irish republicans were lawfully defending their right to self-determination. De Valera further stressed that the responsibility for the violent reprisals lay ultimately with the British government, for allowing this situation to continue.

Lest on a plea of ignorance they should disclaim responsibility for what is being done in Ireland in their name, Mr de Valera, has addressed a letter to each member of the Coalition, in which he sets out a number of charges to prove that the troops employed in Ireland ‘are not only waging an unjust war upon our people, but are carrying on the war in a manner contrary to all rules of civilised warfare.’

In order to help you to realise the situation it is necessary to re-state this fact: The Irish are a free people. They acknowledge no right to dominion over them on the part of the British Executive, the British Legislature, or the British people. They are engaged in a lawful effort to defend a sacred right which you are invading. Abandoning justice and reason, the only grounds on which it is possible for civilised peoples to come to an understanding you are seeking to crush that lawful effort by a blind barbaric violence.

If you Willed Otherwise

Although you have put your troops on ‘active service’ in Ireland; although you have sought to justify many of the vile deeds committed to as ‘acts of war’, and although you are armed with the most deadly modern machinery of war and protected by every means known to technical skill, you now seek to purchase immunity from defensive action on our part by making the possession of firearms an offence for which Irishmen, if arrested, may be shot, and for which one has been shot; and by carrying Irish citizens as hostages in your military expeditions against our people. These things are done because it is your will they should be done. If you willed otherwise they would cease. It is you and not your troops who are primarily responsible.