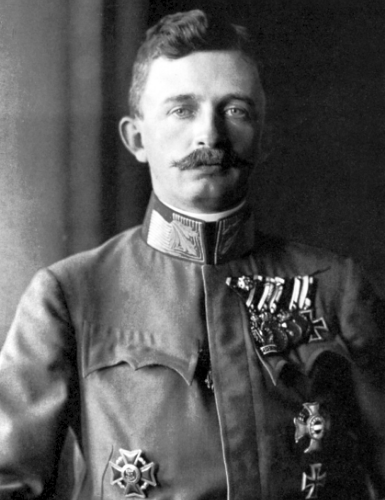 The turbulent events on the island of Ireland after the First World War took place against a backdrop of wider changes in Europe, as the borders of nations and territories were drawn and redrawn. The collapse of the Austro-Hungarian empire led to the overthrow and exile of Emperor Karl of Austria. In March 1921 he attempted, unsuccessfully, to regain control of the kingdom of Hungary. As detailed in the Irish Independent, the Allied governments, led by the British, refused to countenance the return of the monarchy to this part of Europe.

‘Swift and dramatic has been the coup attempted by ex-Kaiser Karl to regain the Royal Crown of Hungary for the Habsburgs, if failure seems to have writ large across the venture at present, its eventual outcome is not yet in sight’, telegraphs Mr. A. A. Davidson to the ‘Daily Chronicle’.

Should it fail the whole coup will appear as almost pathetically futile. Karl’s movements and reception, so far, is known, being suggestive of a hunted fugitive rather than a monarch seeking a popular acclaim.

Karl was supposed to be staying peacefully in his retreat at Prangins, Lake Lucerne, when on Sat. last he suddenly appeared at Steinamanger, in West Hungary, where he presented himself to the bishop of the diocese. At Steinamanger are the headquarters of Col. Lehar who is in command of the troops there, is popularly credited with the intention of refusing to cede West Hungary to Austria, and is whole-heartedly in favour of Monarchist restoration.

News of the ex-Kaiser arrival was immediately telephoned to Count Teleki, the Hungarian Prime Minister, who at once proceeded to Steinamanager, where a conference was held at which it is said Count Teleki attempted to dissuade Karl from going to Budapest.

Karl was determined, however, and on Sun. morning proceeded by motor to his old capital followed by Count in a second car. At 2 o’c[lock] on Sunday afternoon a car appeared at the Presidium in Budapest containing 4 men, who immediately went to the Royal Palace on the hill overlooking the Danube, where Admiral Horthy, protector of Hungary, resides.

Two of these men spoke to the Admiral Horthy’s Adjutant, and announced that ‘his Majesty the King’ desired to talk with the Governor.

The Adjutant treated the matter as a joke until the ex-Emperor appeared in person, accompanied by his former Court Chamberlain, Count Huayapi. […]

British, French and Italian High Commissioners held a conference in Budapest to consider the situation created by the return of the ex-emperor, and in the evening the British High Commissioner went to Admiral Horthy and reminded him of the decision of the Allies to oppose the restoration of Habsburgs.

The attitude of the British Government remains unchanged. It is unwilling under any circumstances to permit a restoration of the Monarchy.