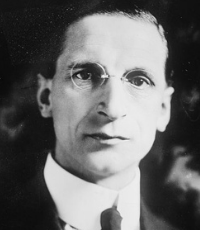 The Government of Ireland Act partitioned Ireland into two Home Rule states of ‘Northern’ and ‘Southern’ Ireland. When the act came into force on 3 May 1921, plans were immediately set in motion for elections to the two new parliaments. However, the majority of people in what was now Southern Ireland did not recognise the act’s legitimacy – as such, they viewed the upcoming elections as a contest not for a Home Rule parliament, but for the second Dáil Éireann. Eamon de Valera, president of Dáil Éireann, issued a statement about the upcoming elections on the 3 May, declaring that a vote for his party, Sinn Féin, was a vote for ‘nothing less than for the legitimacy of a Republic of Ireland against England’.

Sinn Féin and the Elections

De Valera issued a proclamation to the Irish people last evening. It states:

‘The Dáil has given its sanction to the Parliamentary elections now pending in order that the people may have an opportunity of proving once more their loyalty to the principle of Irish independence. The issue on which the electors are to pronounce is clear. You who vote for Sinn Féin candidates will cast your votes for nothing less than for the legitimacy of a Republic for Ireland against England, for freedom against slavery, for right and justice against force and wrong here and everywhere. Your answer will be heard around the world. Let no knavery or intriguing of the enemy divide you. Wisdom and honour go hand in hand. The issue between Ireland and England will never be settled till it is settled on the basis of right.’

Mr J Farrell, ex-Lord Mayor of Dublin, who, as already reported in The Times, says Mr Forrest MP told him while in London that the Government was prepared to offer Dominion Home Rule to Ireland if it would be accepted, yesterday visited Mr John McNeill MP and Mr E.J. Duggan MP in Mountjoy Prison to receive their reply.

Interviewed afterwards, Mr Farrell said they told him that if Mr Lloyd George wanted to offer Dominion Home Rule he should put his proposal in writing and that it would then be submitted to Dáil Éireann. When Mr Farrell’s attention was drawn to Mr Austen Chamberlain’s statement in the Commons yesterday, he said: ‘I did not deal with Mr Austen Chamberlain. I dealt with Mr Forrest, and Mr Forrest told me that if the Irish people would accept Dominion Home Rule Mr Lloyd George would put the offer in writing or give any other binding guarantee that it would be offered’.

… Chamberlain’s statement referred to above was to the effect that the Government had authorised nobody to open negotiations on their behalf.