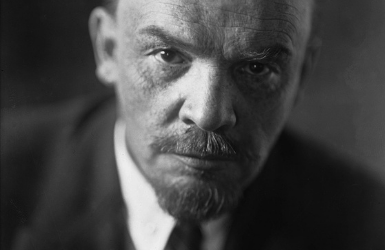 In March 1921 the Anglo-Soviet Trade Agreement was signed, facilitating trade between Britain and what was then known as the Russian Socialist Federal Soviet Republic. Britain was the first country in the world to accept Vladimir Lenin’s offer of a trade agreement. While it did not constitute official recognition by Britain of the communist state, this was not how politicians or newspapers viewed the deal. In an editorial the following day, the Belfast News-Letter declared that there was ‘nothing to be proud of’ in the agreement.

There is nothing to be proud of in this agreement: on the contrary, there is a great deal in it that makes for national mortification, if not for a more active sentiment of opposition. Through the mouth of the Prime Minister the Government has argued more than once that such an agreement would not constitute recognition of the Russian Bolshevist Government. We fail altogether to perceive the ground for such a contention.

The fact that this is only an agreement to trade does not minimise its significance. The agreement is nothing short of a treaty, and by entering into it the British Government has ipso facto recognised the other party to it to be an equality with itself as a duly constituted Government. No minimising of the scope and objects of the agreement can get rid of this deduction. Why, then, did not Mr. Lloyd George admit the fact? There can only be one answer to that; in his heart he felt something the very opposite of pride in it.

The contingent terms of the agreement show that in the fullest sense it is a treaty. These terms cover not only the commercial conditions on which trade between two countries is to be carried out, but they define by limitation certain conditions which each Government is to observe towards international relations of the other; each contracts that it shall not carry on, outside of its borders, any official propaganda, direct or indirect, against the interests of the other, more particularly the Russian Soviet Government shall refrain from any action or propaganda of an anti-British character in Asia, especially in India and Afghanistan.

In face of the cause laying down these conditions, Mr Lloyd George, we hold, could not deny that the agreement constitutes a direct recognition of the Soviet Government, and that it is a grave cause of reproach to the Government. What benefit are we likely to derive from the agreement? The presumption of those who approve of it is that it will open out the Russian markets to our export trade and that in exchange we shall receive most valuable goods and raw materials and thereby our depressed industries will benefit.