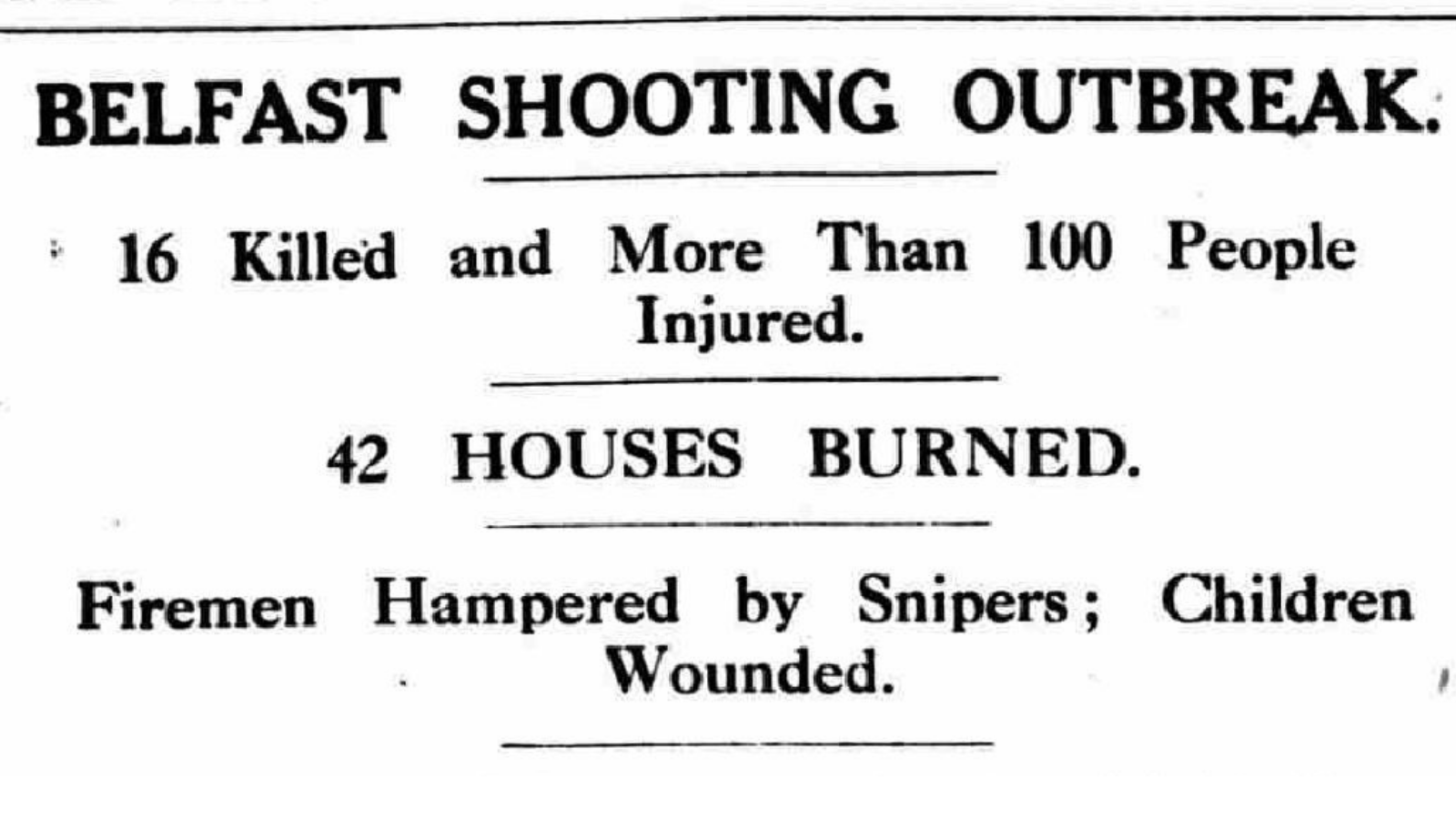 In early July tensions increased in Belfast with the start of the traditional marching season and the announcement of a truce between British Forces and the IRA. On 10 July 1921 a wave of violence erupted across west Belfast, which later became known as ‘Bloody Sunday’. The violence started after the IRA ambushed the police, and loyalists then responded by attacking Catholic enclaves of the city. Gun battles followed and 17 people were eventually killed on this day of violence.

What, it may be hoped, will be the last desperate shooting outbreak in Belfast broke out early yesterday morning, and continued with more or less violence till the early hours of this morning.

Over 100 were wounded with shots.

It is suggested that a number of persons, who also lost their lives, are not accounted for, but that the bodies were taken into houses during the firing.

The fire brigade was called out seven times, a number of houses in the Sinn Fein quarter being set on fire by Loyalists.

A party of Sinn Feiners who were digging in the street were surprised by Auxiliaries, and immediately fled, leaving behind them a number of sandbags, evidently intended for parapets.

Several children were wounded by snipers, who also hampered the movements of the fire brigade.

The situation finally became so threatening that military aid was requisitioned, and infantry were sent to the scene.

This is Belfast’s holiday week, and all industrial works are closed.