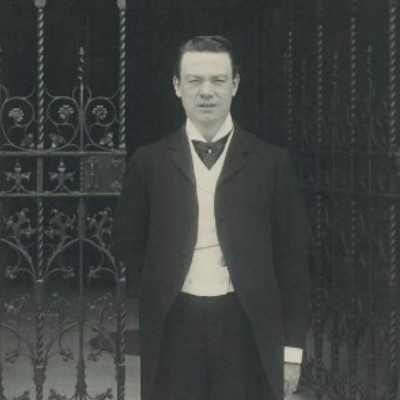 The upcoming elections to the new Northern Ireland parliament saw both Unionist and Nationalist politicians attempt different tactics to try and secure a majority. While Nationalists overwhelmingly ignored the elections to the new ‘Southern’ parliament, they poured considerable resources into the Northern campaign, hoping to secure a majority and use it to overturn the Government of Ireland Act. This report from the Northern Whig condemned the leader of the Nationalist Party, Joe Devlin, for agreeing a pact with Eamon de Valera that the Nationalists would not stand against Sinn Féin in the elections. Despite this pact, when the elections happened the two parties only won 12 seats out of a total of 52.

In his speech at Ballycran … Mr Devlin explains the attitude of that section of Irish opinion for which he speaks towards the Northern Parliament with greater definiteness than has characterised his previous utterances on the subject.

The anti-unionists of the North, whether they still choose to label themselves ‘Nationalists’ or openly flaunt Republican colours, are understood to have agreed to join forces for the elections, the date for which is now officially announced. Not much is likely to be heard of the ‘constitutional’ Nationalists as a separate party after the campaign is over. Indeed, Mr Devlin’s speech may be regarded as proof that he at all events has reached the last phase of a transformation which, judging from former pronouncements, has been in progress since the passing of the Home Rule Act.

There are a few Irishmen outside the Unionist party who think that the Act should be worked and the best made of the new situation. Mr Devlin does not agree with them. His views are now undistinguishable from those held by the avowed Republicans. If the Ballycran speech had been attributed to one of the Sinn Fein leaders no reason why he should have troubled to deny the authorship could be adduced. For it advocates a purely destructive policy. Candidates in the six counties who support the DEVLIN programme will not concern themselves with useful legislation such as their constituents’ need. Questions which press for settlement, like that of popular education, will possess no interest for them. They will be pledged to wreck, not to construct or reform. The ‘highest service’ that can be rendered to Ireland, according to Mr Devlin, is to ‘make the Northern Parliament impossible’ and ‘bring it to a termination at the earliest possible moment.’

… We have said that Unionists should be grateful to Mr Devlin. It is always an advantage to know the enemy’s objective at an early stage of the campaign.