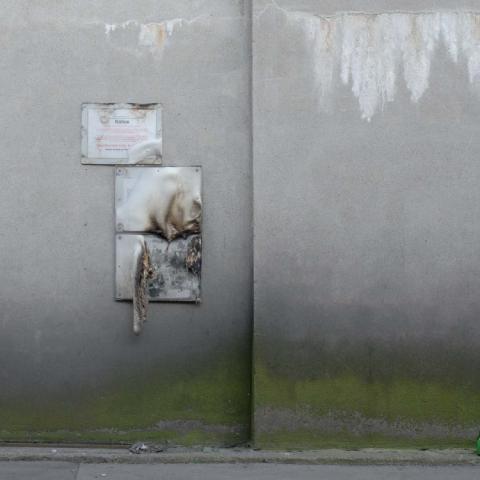 Loose Ends builds on Doherty’s interest in the relationship between landscape and memory, and is shot in sites of contested history in Donegal and Dublin.

The exhibition, comprising a multi-screen video installation and still photographic images, will premiere at the Regional Cultural Centre in July as part of the Earagail Arts Festival, and will then be shown at Kerlin Gallery, Dublin and Matt’s Gallery, London. The exhibition is delivered in association with the Nerve Centre, Matt's Gallery and Earagail Arts Festival.

Derry's Willie Doherty, one of the most influential Irish artists of his generation, has had a significant international reputation over the past 30 years.

He has exhibited in many of the world’s biggest art museums, has been twice nominated for the Turner Prize and has represented Ireland in major international biennales including Documenta, Manifesta and Venice.

The legacy of the Easter Rising and the subsequent partition of Ireland have had an obvious influence on Willie Doherty’s life and work.

The politically charged terrain of Derry City is a central and recurring theme of his work, as is the landscape of neighbouring County Donegal. Loose Ends is funded by the Arts Council under the ART: 2016 National Project Awards, as part of the Department of Arts, Heritage and the Gaeltacht’s Ireland 2016 Centenary Programme.

Loose Ends runs at the Regional Cultural Centre in Letterkenny until September 24.