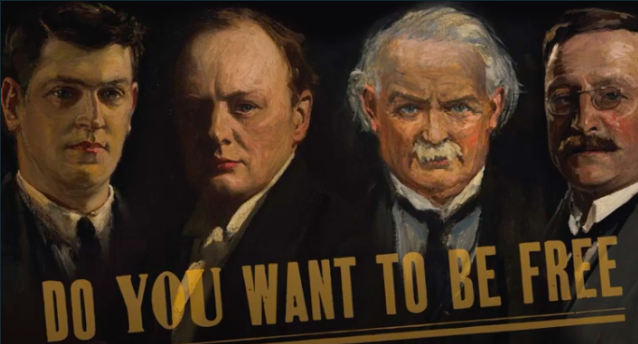 The new exhibition by the Hugh Lane Gallery and the National Museum of Ireland, Studio & State explores events between July 1921, when the Truce was agreed in Dublin, and January 1922, when the Anglo-Irish Treaty was narrowly ratified in Dáil Éireann. It considers the role that John and Hazel Lavery played during the Treaty negotiations and how they negotiated the complex relationships between art, politics and history. The Treaty signatories from both sides sat for Lavery during the negotiations and his London studio was an informal meeting place, in which Hazel Lavery played an influential role. John Lavery cast himself in the role of artist-diplomat and saw the studio as “neutral ground”.

A bespoke exhibition catalogue with essays from historians, art historians and artists further explores the historical events of this time and the role of the Laverys in the Treaty negotiations.

Visit the exhibition at Collins Barracks, Dublin from November 24 2021 until the end of December 2022.

Watch The Lord Mayor of Dublin, Alison Gilliland, and the Tánaiste, Leo Varadkar, launching the new exhibition below.