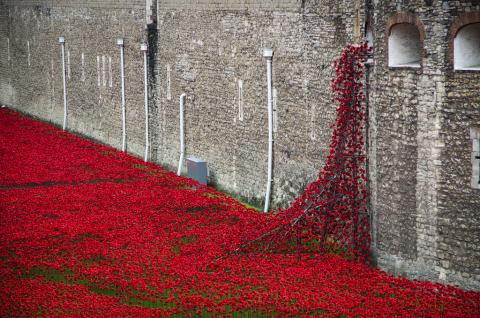 The iconic 'Weeping Windows' installation commemorating those who lost their lives during the First World War will come to the Ulster Museum in Belfast in 2017.

The full installation was originally showcased at the Tower of London in 2014 where almost 900,000 poppies were displayed to honour every death in the British and Colonial forces of the First World War.

'Weeping Window’ is a cascade of several thousand handmade ceramic poppies that pours from a window or other point high above the ground and has been created by Derby-based artist Paul Cummins and designer Tom Piper.

It is part of a series of presentations of the sculpture on show at different locations around Britain which will continue touring until 2018. The artwork will be in place at the Ulster Museum from October 14 until December 3 2017.

'As well as enriching Northern Ireland’s cultural and artistic landscape, this spectacular piece of art will also play a role in deepening our understanding of the First World War and sense of shared history during this pivotal period,' said Kim Mawhinney, Head of Art at National Museums Northern Ireland.