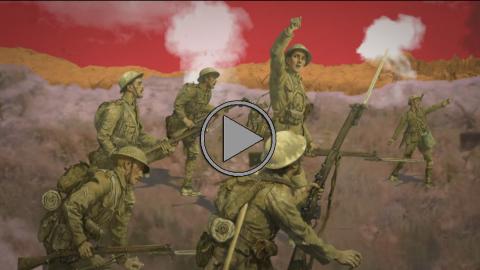 A new animation charting the events which led up to the outbreak of the First World War is now available to view below.

Developed specifically for the Creative Centenaries project, the new piece charts a timeline leading up to the assassination of Archduke Franz Ferdinand and the subsequent political fallout that followed, resulting in Britiain declaring war against Germany on August 4, 1914.

Developed in conjunction with Whitenoise Animations, a unique visual style of 3D mapping has been used to bring old imagery to life in a retelling of the events which brought the world's major powers to war 100 years ago.

You can view the new animation below: