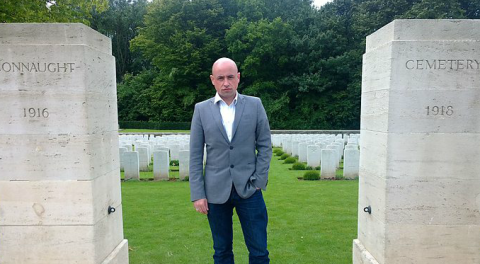 If you missed the BBC documentary on the role of Irish speaking Ulstermen in the First World War, you can catch-up with on BBC iPlayer now.

Gaeilgeoiri an Chogaidh Mhoir (Irish Speakers of the First World War), aired as part of the BBC's First World War Season and was presented by Irish writer and actor Tony Devlin.

Click here to watch the film back on BBC iPlayer.