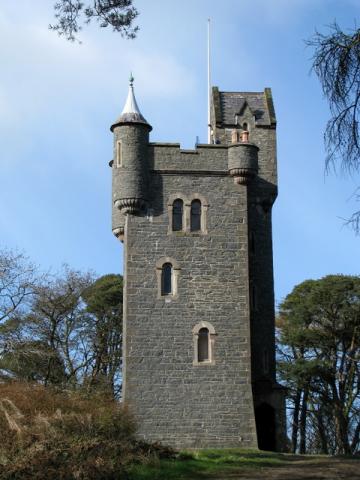 Overnight public vigils will be held at public sites across the UK on June 30, 2016, to mark the 100 year anniversary of the Battle of the Somme.

Helen's Tower at Clandeboye in County Down will be the site for commemoration in Northern Ireland in an event organised in association with the Somme Heritage Centre.

The British government says the aim of the events is to allow large numbers of people to come together and pay tribute to those who played a part in the French offensive.

An event at the Thiepval Memorial in the Somme area had previously been announced with a ballot for tickets closing earlier this month.

Culture Secretary John Whittingdale announced the commemorations, saying: 'We must never forget the scale of what happened at the Somme. More died on the first day of battle than any other day of the First World War. Almost every family in the country was touched by the devastating losses.

'I hope people of all generations up and down the country will have the chance to attend an event and honour the bravery of those who sacrificed so much.'