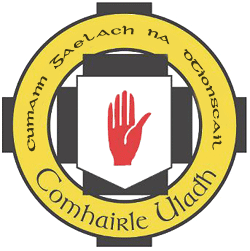 Ulster GAA have launched a new project aimed at finding and documenting members from the organisation who fought during the First World War.

'Forgotten Gaelic Volunteers' will shine a light on the dozens of GAA players from Ulster who fought, and died, with the British Army from 1914 to 1918.

Early research has identified a large number of nationalists, mostly from Belfast, who enlisted due to large scale unemployment. Recruitment numbers show 20 who enlisted from one Belfast club, most of whom fought in the trenches.

Others so far identified include men from Derry, Tyrone and Antrim.

Ulster GAA President Martin McAviney said: 'The GAA as an organisation has a strong tradition of commemorating its past deceased members and it's in that context that we use this event to reflect on members of the association who were active or died during the First World War.'

The project, which is funded by the Heritage Lottery Fund, is encouraging members of the public to come forward with any details they might have on players who fought during the war.

Paul Mullan, Head of the Heritage Lottery Fund NI, said: 'HLF was pleased to fund this fascinating new project which will explore another strand of our complex heritage. These projects are helping us to understand that different perceptions and interpretations of our past exist.'