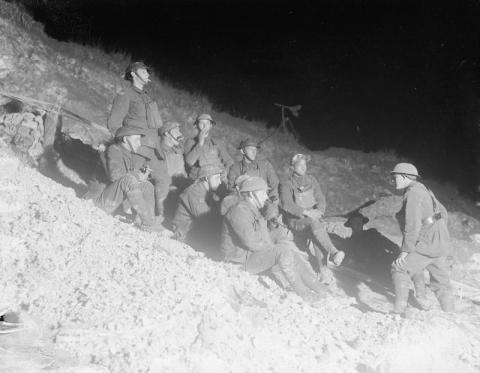 Newly released material from The National Archives includes war diaries from members of the 36th (Ulster) Division, significantly remembered for their role at the Battle of the Somme.

In total, over 700 digitised First World War diaries from France and Flanders are now avialable to view online from the National Archives website

The diaries provide interesting insights into key battle and events as well as general daily routines and life for men on the Wester Front.

Included in the digital archve is a sports day programme dated from October 1914 which details how pillow fights, wheelbarrow racing and wrestling on mules were just some of the forms of entertainment arranged by officers to maintain morale in the trenches.

William Spencer from The National Archives, said: 'People all around the world can read the official army accounts to discover more about the troops on the Western Front.

'The diaries note successful battles, such as the 46th Division breaking the Hindenberg Line, as well as failures and casualties in key battle such as those on the Somme in 1916.'