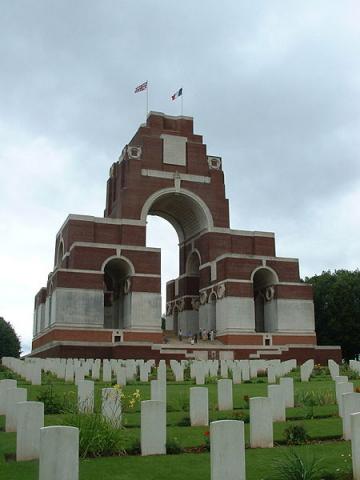 The Thiepval Memorial to the Missing of the Somme is set to benefit from a major restoration project ahead of the centenary of the Battle of the Somme.

The Commonwealth War Graves Commission (CWGC) have announced that work will begin later this year before a scheduled completion date ahead of the battle's 100 year anniversary.

Over 72,000 British and South African soldiers who died during the allied's 1916 offensive and are with no known grave are remembered on the monument's arches, which was officially unveiled in 1932 as the work of Sir Edward Luytens.

Recent surveys of the structure have highlighted the effects of adverse weather and a need to improve and update the structure.

Richard Nichol from CWGC said, 'This is one of the most important pieces of restoration work that is being undertaken by the organisation for some time and will ensure that both the monument and surrounding landscape are ready for the Battle of the Somme Centenary in July 2016.'