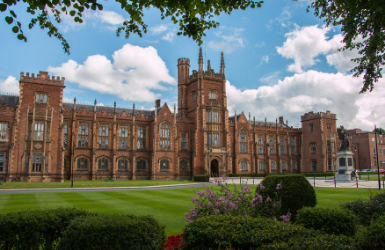 Queen’s University Belfast have launched a series of online public talks entitled The Partition of Ireland: Causes and Consequences to mark the centenary of partition and the formation of Northern Ireland.

Beginning on 26 April 2021, the talks bring expert analysis from a variety of perspectives. In each talk a leading academic will address a major theme on partition and the formation of Northern Ireland. Subjects covered in the series will include the complex origins and legacies of partition, the experience of minorities, the Irish border in literature, the global dynamics of Irish partition, and class-based and gender-based dimensions.

The series is supported by the UK and Irish governments, and by the Royal Irish Academy and the British Academy.

It will be recorded and produced by the BBC, and will be available via the Queen's University Belfast website and BBC platforms.