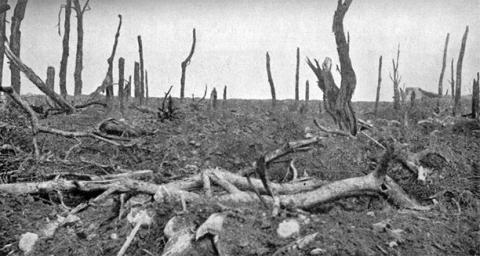 A 100 year old diary written by a teenage soldier from County Armagh who died on the opening day of the Battle of the Somme is set to go on display.

The small leather bound journal was kept by Private Thomas Chambers of the 36th (Ulster) Division during his time on the Western Front and in the lead up to the iconic July battle.

16 pages written in pencil by the young soldier give an insight into the preparations for a battle. Thomas had arrived in the area just three months previously on what he described as his 'adventures'.

Detailing his training and preparations for battle, Chambers' diary describes noisy shellfire, and marks out one specific bombardment by the British of the German front line as 'like hell let loose'. His final diary entry is brief, but particularly haunting as it is the only one made by the young soldier at the beginning of a day.

The soldiers great-niece, Helen McComb from Glenanne in County Armagh, is donating the diary for display at the Royal Irish Fusiliers Museum in Armagh.

'I got goosebumps reading it,' she said. 'I just felt really emotional. I cried reading the last page. But I'm very proud that we have it and am happy for others to be able to see it.'