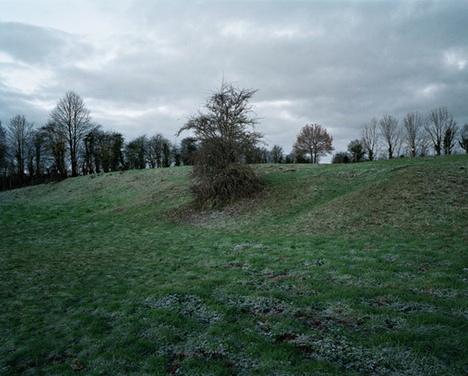 Photographer Chloe Dewe Matthews is revisiting and recapturing sites across Europe where British soldiers accused of desertion or cowardice during the First World War were executed by fellow recruits.

In an article on The Guardian website, the story of a Belfast soldier is recalled in detail.

16 year old James Crozier enlisted in Belfast in September 1914 despite the best efforts of his mother, Elizabeth, to dissuade him. His recruiting officer, Frank Crozier, assured her he would keep an eye on her son and 'would see that no harm comes to him'.

In the winter of 1915-16, James Crozier fought with the 26th (Ulster) Division at the Somme. In February 1916, however, he failed to report for duty. He was found behind enemy lines a week later, wandering in a daze. Being declared fit in mind and body by an army doctor he was court-martialled for desertion and subsequently sentenced to death.

Frank Crozier, the officer who assured James' mother he would keep safe, provided a recommendation that the death sentence should be carried out and on February 27, 1916, after being plied with alcohol throughout the previous night, 18 year old James Crozier, unable to stand, was tied to a post, blindfolded and shot by a firing squad made up of soldiers from his own unit.

James' story is just one of hundreds during the First World War which are being recorded by Dewe Matthews' 'Shot at Dawn' series.

Commissioned as part of the 14-18 NOW commemorative project, she has spent over two years researching the locations where the executions took place.

'Initially, I was very wary of taking on a project about the First World War as I have no personal connection with it, but, from a documentary photography perspective, I was drawn to the idea of arriving somewhere 100 years afterwards,' said Dewe Matthews.

'So, instead of the photographer bearing witness, it is the landscape that has witnessed the event.'