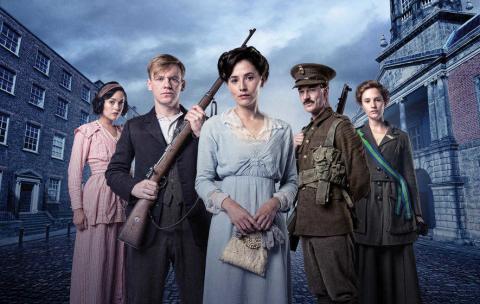 A new drama set during the Irish War of Independence has been announced for Irish screens by RTE.

'Rebellion: Two States' is a follow up to the station's Easter Rising themed drama Rebellion which hit screens earlier this year.

Set during the War of Independence that took place from 1919 - 1921, the drama is to be based around the parallel states that existed then - the official British state and the shadow one created as a result of the abstentionist Dáil.

Zodiac Media, the production company that made Rebellion, will also be involved in Rebellion: Two States.