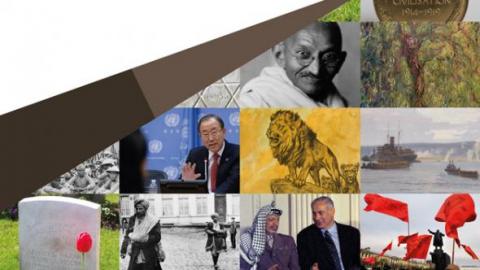 Research by the British Council in seven countries reveals a widespread lack of understanding of the global scale and impact of the First World War.

The report, Remember the World as well as the War, shows that knowledge of the conflict – which began 100 years ago this year – is largely limited to the fighting on the Western Front. Less than a third of 7488 people questioned are aware that the Middle East (29%) and North America (28%) played a part in the war, and less than one in five are aware that Asia (17%) and Africa (11%) were involved.

The British Council calls on the world to use the centenary commemorations to create a better understanding of the global nature of the war – recognising its ongoing impact on trust and understanding between the UK and countries around the world.

Download a PDF version of the full report from

Lesser-known facts about the global scale of the war, highlighted in the report, include:

However, these facts are much better-known in the countries affected, and can contribute significantly to attitudes to the UK today. The research for the report was carried out for the British Council by YouGov in Egypt, France, Germany, India, Russia, Turkey and the UK. In each country, between 1000 and 1200 people were surveyed in an online poll.