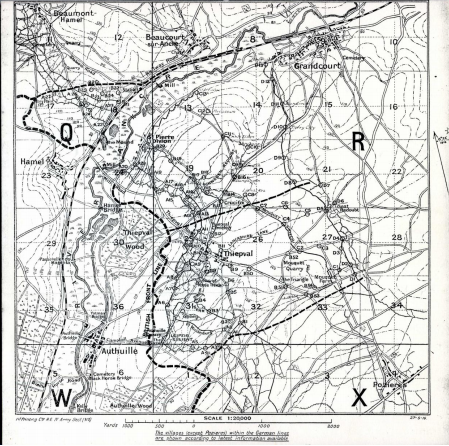 PRONI's continuing First World War blog series has been released to cover the period of August and September 1916.

The most recent entry assesses the continued assaults by the British army through the summer months.

Successive assaults were made on the German positions along the Front with troops from Britain, Australia, New Zealand, South Africa and India taking part. In September, the 16th (Irish) Division launched attacks on the villages of Guillemont and Ginchy. ]More than 4,000 men fell in these assaults.

Elsewhere the major Russian offensive in the East ground to a halt and in the south the Italian army launched successful attacks on Austro-Hungarian positions on the Isonzo line at Gorizia.

Among the August and September entry is heartfelt correspondence to Corporal George Hackney of Belfast, serving with the Royal Irish Rifles, from a number of friends and family.